The former Ruskin brands – Actionair; Air Diffusion; Naco; and Airolution – will now be operating alongside Swegon’s existing UK businesses creating a combined operation turning over more than £43 million with a workforce of 330.

SAML will continue as a sales agent for the other two UK-based brands Envirco and Trion, which remain under the ownership of JCI, but it is simultaneously launching a new venture in the air filtration marketplace called Airfiltrera.

Swegon AB is owned by the engineering investment group Latour and is one of Europe’s largest energy efficient ventilation and climate systems manufacturers – best known for its acclaimed Gold air handling units. Its existing 12 production plants in Sweden, Finland, Belgium, Italy, India, North America and Germany have now been augmented by the addition of SAML’s two plants in Whitstable, Kent and Bridgnorth, Shropshire.

Partnership
All former RAML personnel will be retained including Kevin Munson, who will continue as managing director of the new Swegon Air Management operation, working in partnership with Alistair Compton, who is managing director of Swegon UK, which operates out of four offices headquartered in Hampshire.

Mr Munson added that, far from reducing headcount, the new parent company was encouraging him to seek new recruits to help drive expansion plans. Swegon said it would now be embarking on a long term major drive to promote the former Ruskin brands across Europe.

“The standard phrase at times like this is: ‘Business as usual’. However, we can go further than that. We are joining a group that fully understands our sector; sees the importance of locally-based manufacturing; and regards this as a marriage of equals.”

“We are not losing people and we are not being integrated into anything. Swegon has a reputation for acquiring successful businesses and working to make them more successful by not making wholesale changes. We will be working alongside Swegon UK to expand and improve both businesses using our complementary skills and product ranges.”

Swegon Group CEO Hannu Saastamoinen confirmed that the acquisition of the former Ruskin brands was a significant boost to the group, particularly as it offered additional expertise in the area of smoke and fire control.

“This acquisition gives us a very strong local presence and identity in UK through the well-known RAML brands and whose products are complementary for us. We see good potential for cross sales in the future.”

“As a long-term industrial investor, our aim is to reinforce and further develop the local manufacturing base’s in both Whitstable and Bridgnorth, which are excellent in producing customised products for the local and worldwide market’s with short delivery times.”

The expanded group will now seek to exploit SAML’s established routes to market and particular success with specifiers to leverage new opportunities for the whole Swegon range. Similarly, the group said it would be looking for avenues across Europe where it can introduce the UK-manufactured smoke and fire control products to its existing and potential markets.

Safety
Life safety legislation is driving rapid market growth in fire and smoke dampers across Europe and Swegon will look to build on Actionair’s market leading position in that area along with its expanding success in specialised damper applications; such as the marine market.

Natural ventilation is another evolving sector and the Swegon operation will look closely at RAML’s innovative Airolution system with a view to adapting that to a wider range of markets.

“Swegon recognises that if you want to be strong in a particular market; then you have substantial presence there – close to your customers. It believes in creating ‘strongholds’ from where it can expand its business and, with the acquisition of RAML, the UK becomes its third biggest market after Scandinavia and Germany.”

“The most refreshing thing about the Swegon approach is that they believe in local responsibility,” said Mr Munson. “We will agree an overall plan, but then it will be down to us to get on and deliver it. We are trusted to stand on our own two feet and achieve our goals.”

He said the focus and business strategy would prioritise the individual brands with the sales forces continuing to provide expertise and specific technical support in their specialist areas.

“However, we will look to manage our market information in a coherent way to ensure we are sharing data right across the group to mutual benefit.”

“We are now in the fortunate position of being able to genuinely focus on providing the most appropriate solution for any project. We are not restricted to any particular technology and can use our expertise in each market to make sure customers get the right outcome.”

Actionair has been producing fire, smoke and air control products, including a full range of dampers and fan coil units, from its factory in Whitstable for over 40 years.  Air Diffusion began manufacturing grilles and diffusers in 1973 and is now recognised as one of the UK’s leading manufacturers of air distribution products.

Naco – based at Bridgnorth – produces glass louvres, standard metal louvres, natural air ventilators and sunscreens/brise soleil. It has been manufacturing since the early 60s offering a full design, develop, manufacture, supply and install service, along with supply and full commissioning of control systems.

The Airolution natural ventilation system was launched two years ago and is gaining traction in the market and is expected to benefit from further investment under the new ownership.

Major investment plans that were already underway under the previous owners will be honoured, Swegon confirmed, including the new in-house paint finish plant at Bridgnorth for the company’s grilles and diffusers. The Whitstable factory is already benefitting from new computerised precision cutting equipment to speed up production and improve quality.

“At a time when indoor air quality has never had a higher profile, it is hugely exciting for us to be joining a truly international company that specialises in this area and has a particular focus on safeguarding the health and productivity of building occupants.”

“We now have access to a huge body of knowledge based on Swegon’s 60 plus years of development expertise, but similarly, they now have access to more than 40 years of experience in the field of fire and smoke control – it promises to be an excellent partnership.” 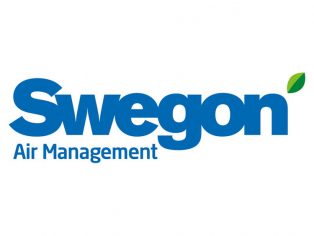 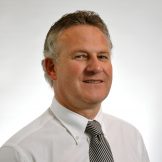