Ropeless elevator can take urban commute to the next level

With over 1.34 billion passengers using the London Underground every year, moving people around easily has become a challenge.

“The original submerging of train lines underground was absolutely revolutionary for its time, but as passenger demand continues to rise it is unsurprising that the sub-ground location of these lines make it incredibly difficult for developers to bring them up-to-date with modern capacity and access requirements.

“For most commuters it is equally as important to swiftly and comfortably access the deepest platform as it is to move quickly from station A to B.”

MULTI, designed by thyssenkrupp Elevator, is claimed to be the world’s first horizontal/vertical elevator. It increases passenger shaft capacity by enabling multiple cabins to travel safely up and down in a single continuous loop, much like a circular shuttle.

“MULTI was initially developed for tall buildings, but its concept makes it a prime solution to the challenges of tube stations as well.

“If applied, it would undoubtedly change the face of London’s transport network and reinforce the UK’s position at the head of global innovations.” 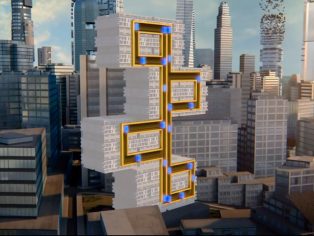 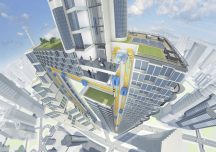