She had contracted bronchitis earlier this week and suffered a sudden heart attack while being treated in hospital.

“This is absolutely terrible news. Dame Zaha Hadid was an inspirational woman, and the kind of architect one can only dream of being. Visionary and highly experimental, her legacy despite her young age, is formidable.

“She leaves behind a body of work from buildings to furniture, footwear and cars, that delight and astound people all around the world. The world of architecture has lost a star.”

“Many of us will feel personally diminished by Zaha’s death. Her imagination and her determination – qualities she had in equal measure – made her unique in architecture. And in recent years technology has caught up with that incredible imagination, meaning the world was able to share in the joy of her work, a privilege previously only shared by the cognoscenti.

“She made beguiling places in a way few others could: witness the dynamism of her elevations in Montpelier, the way the routes in MAXXI and the Vienna University Library inveigle the visitor, or the overhead tracks of BMWs in Leipzig amaze with the strength of a single idea.

“The discrepancy between the expectation and the actuality were perhaps even more marked in the person: many went to meet her in trepidation of her reputation, yet within minutes were won over by her wit and charm.”

“At the time the RIBA finally recognised her unique talent with the Royal Gold Medal, I interviewed her at length for an as yet uncompleted film. Within minutes both our guards were down and we were simply enjoying ourselves, talking of achievements and of what might have been. For a considerable number of her projects never came to fruition and I wonder how many more – for all the brilliance of the team she leaves behind – the world will never now see.” 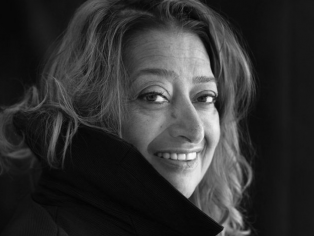 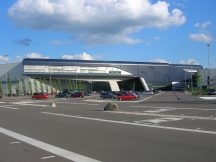