Quinn Radiators turning up the heat on fundraising efforts

Leading manufacturer, Quinn Radiators, has stepped up its efforts to raise funds for its chosen charity by planning a number of new events and challenging its staff to take on extreme feats of endurance.

The Newport-based manufacturer and Europe’s leading producer of domestic and specification radiators, has seen its 2014 events diary hot up thanks to its commitment to raising funds for the Newport Night Shelter.

Nominating this volunteer-run local project as its chosen charity for the year, Quinn Radiators has already enjoyed a successful Easter bake sale and hosted a number of corporate events, including golf days. However, the leading manufacturer of radiators has now arranged several new events to ensure that they can raise significant funds towards a new mini bus for the charity which will transport essential bedding and guests’ belongings between shelter venues.

Members of staff from Quinn’s head office and factory will soon be undertaking intense training in readiness for scaling the Welsh three peaks in the summer. This involves climbing Snowdon, the highest point in Wales, Cadair Idris, and Pen y Fan, the highest point in the Brecon Beacons. A sponsored sleep out at Belle Vue Park in Newport will then follow in September, with a Christmas carol concert at the end of the year providing a grand finale to Quinn’s efforts.

“During the colder months people rely on our radiators to provide warmth and comfort in the home. Unfortunately this luxury is not felt by everyone.

“The Newport Night Shelter provides vital services to homeless people in the local area. We hope to aid the charity in its commitment to providing a warm and safe shelter by raising much-needed funds, as well as generating awareness throughout local businesses and the larger community.

“Our efforts so far have resulted in a great start to our fundraising. However, we really want to have enough money by the end of 2014 to contribute towards a new mini bus. Our staff have been extremely enthusiastic about reaching this target and by conquering the Welsh three peaks and experiencing a sleep out in Newport we hope to inspire people to donate and support the charity’s important work.”

Donations can be made here

Quinn Radiators is the only radiator company to not only manufacture all its products at its facility in Newport, Wales, but also to source 100 per cent of the steel from Britain. 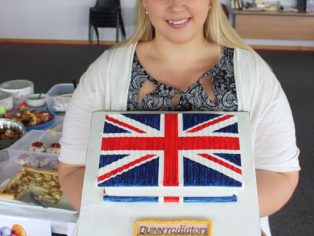