The Royal Institute of British Architects (RIBA) has today (2 December 2016) announced the winner of the 2016 RIBA Annie Spink Award for excellence in architectural education.

Professor Christine Hawley, Professor Emeritus of the Bartlett School of Architecture (UCL), will be presented with the award at the RIBA President’s Medals Ceremony in London on 6 December.

The biennial prize is awarded to an individual who has made a significant contribution to the advancement of architectural education in a school of architecture anywhere in the world that offers courses validated by the RIBA.

“Congratulations to Professor Christine Hawley on winning the 2016 RIBA Annie Spink Award. Christine is a dedicated and talented teacher whose enthusiasm has helped inspire generations of young architects. She has long been a champion for excellence in architectural education throughout her career and I am delighted to see her recognised through this award.”

“Who would not be absolutely thrilled at being awarded the RIBA Annie Spink Award? It is an absolute honour.

“I have been lucky enough to work with some of the most creative young students in architecture for the last four decades but the act of teaching, for me, has also been about learning – sometimes they are the teachers and I am the pupil.

“As someone who has also been the Head of two Schools of Architecture and the Dean of the Bartlett I have also learnt another important lesson: a creative environment is made only through people. I have collaborated with truly great teachers so this award honours both the students and teachers I have worked with.” 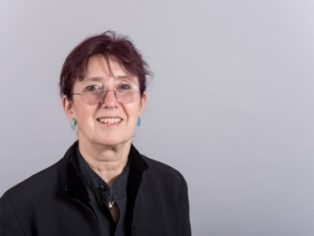