Portier Cove Monaco is set to be one of the most exclusive addresses in Europe. Meet Mareterra Monaco’s award-winning architect, Renzo Piano. Read more here.

As the foundation for Portier Cove Mareterra Monaco’s “floating” luxury residences emerges from the sea, one of the project’s award-winning architects, Renzo Piano, acknowledges the source of inspiration.

Piano says in a video about the development, which is creating space for more than 100 apartments, villas, and houses at Mareterra Portier Cove Monaco, scheduled for completion in 2025.

“In this harbour in the sea, there is a creature floating — a building. It’s not touching the ground. If it did,” he says, “you wouldn’t be able to see the sea from the street.

“It needs to be light, transparent, and without arrogance.”

Describing the key elements that imbue his work, Piano is always conscious of the impact his designs will have on the environment and people.

Regarding the entirety of the Portier Cove Monaco project, with its extension of 15 acres into the sea, Piano says,

“It’s creating something almost more interesting than what we have today. It may make things better. I think that is what we are achieving.”

When the $2.4 billion project is completed, Mareterra Monaco promises to be Europe’s most exclusive address.

The architect behind Portier Cove Monaco

Known for his open, contemporary designs, often described as hi-tech or postmodern, Piano is among the world’s preeminent architects. In 1998 he was awarded the Pritzker Prize, joining the ranks of laureates I.M. Pei, Philip Johnson, and Oscar Niemeyer, among others. His numerous other awards include the Kyoto Prize in 1990, the Gold Medal for Italian Architecture in 2006, and the American Institute of Architects Gold Medal in 2008, to name a few.

Born in 1937 into a family of builders in Genoa, Italy, Piano studied architecture at Milan Polytechnic University, where he also taught for three years, and then worked at two international firms. In 1971, he partnered with British architect Richard Rogers, and in collaboration with Italian architect Gianfranco Franchini, they were commissioned to build the prestigious Centre Georges Pompidou in Paris.

Piano’s work over the decades includes some of the most iconic buildings in the world: the Biosphere in the old port of Genoa; the Nemo Science Centre in Amsterdam; the Zentrum Paul Klee museum in Berne, Switzerland; the Shard in London; and the Whitney Museum of American Art in New York City. Now he can add what will soon be one of the most prestigious addresses in the world; Portier Cove Monaco.

His philosophy, realized through his designs, is people-centric, featuring lightness and beauty, and treading softly, according to the tenets of the Renzo Piano Building Workshop, which is designing the residential building at Mareterra Monaco.

In the eco-district of Portier Cove Monaco, the apartment building will be elevated from the street, allowing transparency, and will feature expansive use of glass, allowing for plenty of light. Vegetation on rooftops and preservation of the surrounding natural landscape, as well as state-of-the-art green technologies, are just some of the aspects of sustainability and commitment to conservation.

“We needed a place that will become a destination in itself, and this is what we have created.” 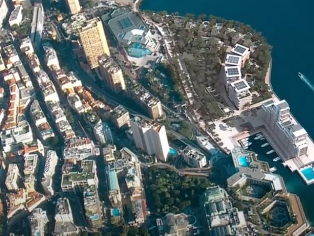 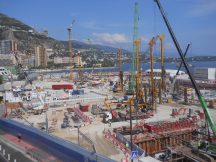 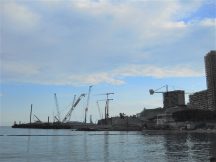 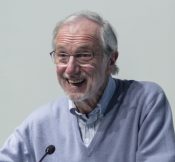