Peab has, through its subsidiary Björn Bygg, been contracted to build a new port terminal in Tromso. The client is Tromsø Havn KF and the contract amounts to SEK 305 million (approx £25,753,240).

The port terminal is a signal building in Tromsø and a hub for all travellers both on land and at sea. The port currently has about 1.4 million passengers per year and with the new terminal in place, the goal is that the number of passengers doubled.

“We want to be an important community builder in Tromsø and this project is really something that develops the community. We know that a new terminal is awaited by residents, tourists and the local business community.”

The new terminal of about 12.000 square meters include freight and passenger terminal, offices, bus station and arrival hall for Hurtigruten. In addition to this also being built areas for restaurants and portareas.

Construction will start in April and the terminal is expected to open in February 2018. The project will be reported in the first quarter in 2016. 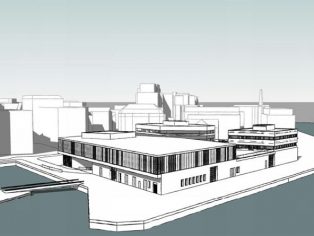