Good buildings require an understanding of the principles of structure, light, space, and material, but great buildings require an understanding of people. The most successful inspire through the interactions and connections made within them. Gathering is the latest book from the award-winning architecture firm Bohlin Cywinski Jackson. This collection of work exemplifies how architecture has the power to bring people together by design, allowing them to engage with one another in new ways, to generate ideas, share their passions, and build communities.

The fourteen projects included in this volume range greatly in size, function, and aesthetic, from the High Meadow Dwellings at Fallingwater to the Newport Beach Civic Center in southern California to Apple Stores located around the world. Through full-color photographs as well as conceptual sketches and diagrams, each case study gives insight into Bohlin Cywinski Jackson’s design process, and how the firm’s approach has helped transform clients’ institutions, workplaces, retail environments, research laboratories, and public spaces into extraordinary places for people. An introductory essay and chapter text by noted architectural writer Sam Lubell accompanies this volume.

Sam Lubell is a writer based in New York. He has written nine books about architecture for Phaidon, Rizzoli, Metropolis Books and Monacelli Press. He is a Contributing Editor at The Architect’s Newspaper and writes for The New York Times, The Los Angeles Times, Wallpaper, Dwell, Wired, Metropolis, The Atlantic, Architectural Record, Architect Magazine, Contract, Architectural Review and other publications. He co-curated the exhibition Never Built New York, at the Queens Museum, and the shows Never Built Los Angeles and Shelter: Rethinking How We Live in Los Angeles at the A+D Architecture and Design Museum > Los Angeles.

Bohlin Cywinski Jackson is a network of studios around the country united by a singular purpose – to design buildings that inspire connection and wonder in every person who experiences them. By understanding the nature of place, materials, and people, the firm’s work reveals a timeless yet specific architecture through bold moves and obsessive details.

Since its inception, Bohlin Cywinski Jackson has received hundreds of design awards, including ten AIA National Honor Awards and four AIA Committee on the Environment (COTE) Top Ten Awards. In 1994, the firm received the American Institute of Architects Architecture Firm Award, which is the highest honor the institute can bestow on a firm. 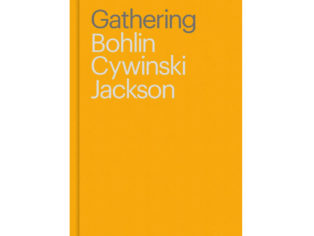