Open City has appointed Rory Olcayto as the new Chief Executive who will take over from founder Victoria Thornton OBE in March 2016.

Rory is an award winning editor, journalist and critic and has studied and practiced architecture before becoming a journalist. He joined the Architects’ Journal in 2008.

Victoria will step down from her current role, instead taking over the Open House Worldwide programme and the Open-City Impact Study for its 25th anniversary year.

Thornton founded Open-City in 1992 to champion good design in creating a liveable city and promoting popular support for the capital’s building design and architecture. Since then the organisation has grown to be the largest of its kind in the UK and supports a variety of initiatives including Architecture in Schools, to teach young children about the built environment, Accelerate, to encourage teenagers from disadvantaged backgrounds to study architecture and the week long sustainability showcase Green Sky Thinking.

“We are delighted to be appointing Rory as the new Director for Open City. He succeeds Victorian Thornton our founder, and will be building on the foundations laid by her. We were incredibly impressed by his proven campaigning skills and his desire to engage with all sections of the community in promoting better places to live and work.”

“I have been a fan of Open City for many years. Victoria and her team have created an organisation which uniquely has the confidence of the public and the profession. I see my role as expanding on this work and engaging the very broadest range of people in the discussion to ensure that London becomes a more equitable City.”

“The property industry needs to listen and debate with ordinary Londoners what kind of places we want to create. Open City is a fantastic way to do this and Rory is a great fit for the charity. When it comes to architecture, he’s one of the best communicators around. I think he will help us engage with an incredible range of people about the impact of design and development on all our lives.” 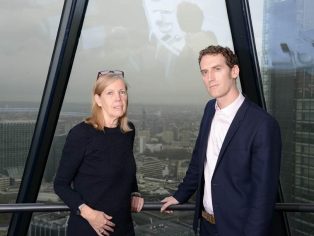