Figures released 18th September revealed that the North West was the leading UK region for Medical and Health construction in August, accounting for almost a third of total activity across the country.

Barbour ABI, the chosen provider of the Government’s construction and infrastructure pipeline published its latest Economic & Construction Market Review, which showed that the Medical & Health industry had £133 million construction contracts in August, with the North West accounting for 30% based on a three month rolling average.

The report, available to download here, also showed that the North West increased its monthly market share by a substantial 21% when compared with August 2013. This was helped by the recently commissioned Liverpool Life Science Accelerator at the Royal Liverpool Hospital which has a value of £18 million.

On the findings of the report, Michael Dall, lead economist at Barbour ABI, commented:

“With three of the top five upcoming Medical and Health construction projects based in the North West is a significant sign that the region is becoming a hub for the sector. With major refurbishments to hospitals, nursing homes and surgeries in populated areas such as Manchester and Liverpool expect construction contracts and values to increase.”

“With a commitment from the Government to protect health budgets, the Medical & Health sector will continue to improve in the medium term with a proposed £4.6 billion investment for 2014-2015. This will create a significant construction boost to the North West and for the rest of the country.”

The Economic & Construction Market Review is a monthly report designed to give valuable insight into UK construction industry performance. It is compiled from Barbour ABI’s records of construction data for every UK planning application, and key indicators, such as the Office for National Statistics’ Construction New Orders data. 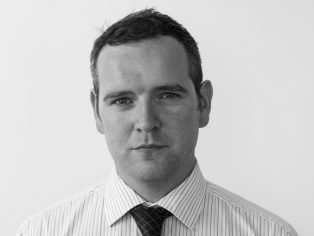