Sir Terry Farrell, who has built major buildings and masterplans all over the world, began his career began in Newcastle. He grew up in Grange Estate Gosforth, went to St. Charles Gosforth and then on to St. Cuthbert’s School in Benwell and studied architecture at Newcastle University.

Among his best known work is the MI6 building in London, Beijing South High Speed station, Incheon Airport and KK100, the tallest building built by a British architect.

Sir Terry’s work in Newcastle includes the masterplan for Newcastle Quayside, the award-winning International Centre for Life and the Great North Museum, as well as a wider masterplan linking the quayside with the cultural quarter.

Discussions are now underway with Newcastle University to provide a permanent home for Sir Terry’s archive, which has been described by the V & A as the “most comprehensive archive of a living architect”.

Other notable recipients of the Freedom of the City include footballer Alan Shearer, former United States President Jimmy Carter, rugby union player Jonny Wilkinson and Burmese pro-democracy leader Aung San Suu Kyi. The names of all the honorary freemen are carved into the walls of the Banqueting Hall in the Civic Centre. 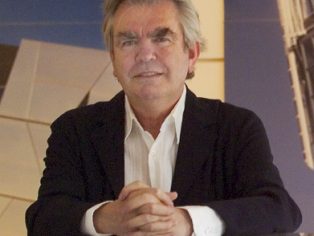