“After decades of delay, it is decision time. Gatwick’s plans are a blueprint for another world-class airport for the UK and the only deliverable option to finally fix the capacity crunch”

With a final recommendation on the UK’s next runway expected shortly, new images have been unveiled of Gatwick’s plans with architect Sir Terry Farrell saying:

Renowned architect Sir Terry Farrell was part of the design team for Incheon Airport in Seoul – twice voted the best airport in the world by Skytrax. Farrell’s new images released show an expanded Gatwick as the airport of the future, with a series of world-class improvements that will eliminate queues, speed up passenger transit, and help Gatwick become the world’s most efficient two-runway airport.

Along with Farrell’s world-class designs, Gatwick’s plans offer the only deliverable solution for the UK’s next runway with an expansion scheme that is:

“Our proposals for Gatwick are not just for another runway, but an entirely new world class airport for London and the UK. Heathrow cannot deliver that.”

“Our vision for Gatwick is that it becomes the world’s most efficient two runway airport – flexible and responsive to meet the changing needs of passengers and airlines. With an elegant and simple terminal layout, we have designed a direct and straightforward route from curbside to plane, creating a seamless passenger experience. Queues have literally been designed out and the new terminal will be simple and convenient to use with minimal changes of level. The airfield itself will also offer the shortest taxiing distances possible with the new apron sitting between, and in close-proximity to, both the existing and new runways.”

“By providing a second runway at Gatwick, we will create a much more balanced system of infrastructure, and capitalise on the integrated connectivity we already have in London. It will positively affect the whole of the UK’s infrastructure, and build on the power of networks. A second runway would turbocharge economic growth in the South East and do for South London was the Olympics did for East London.”

“Britain desperately needs more airport capacity and after decades of delay, it is decision time. Gatwick’s plans offer a blueprint for another world-class airport for the UK and the only deliverable option to finally fix the capacity crunch.”

“Our plans are simpler, cheaper, faster and quieter while also helping create a more competitive network of UK airports that every passenger can benefit from.”

“In a lengthy, complex debate, Gatwick has remained the simple, obvious solution throughout – it is time we are given the green light to deliver the new runway the UK needs.” 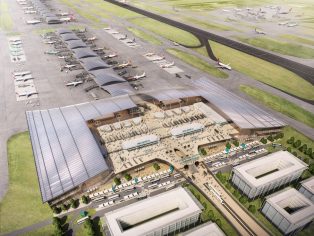 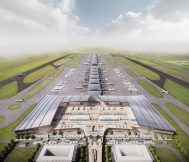