Monodraught celebrates 40 years at the top

Natural ventilation, daylighting and cooling specialist Monodraught celebrates its 40th Anniversary in March 2014. Renowned for its Windcatcher, Sunpipe and Cool-phase ‘natural’ systems, Monodraught has established itself over four decades as the UK’s most innovative creator of low energy solutions for the building services industry. The following is a review of each of the company’s innovative solutions.

WINDCATCHER
Founded in 1974, initially to manufacture and supply balanced flue brick chimneys, a small but innovative company led by Professor Terry Payne quickly developed to exploit a growing interest in air movement. This in turn led to the production in 1988 of the first prototypes of the company’s ground breaking Windcatcher natural ventilation systems, helping to create the building services industry’s now popular ‘Natural Ventilation of Buildings’ sector.

Developments of the Windcatcher have included the state-of-the-art Sola-boost ventilation unit, which uses solar driven PIV to provide energy-free solar-powered ventilation while maintaining a traditional appearance. So innovative was this new natural ventilation solution that, in 2006, Sola-boost was awarded “Best Building Services Product of the Show” at the UK building industry’s Interbuild exhibition. Then, in 2010 the next generation Windcatcher, the completely re-engineered Windcatcher X-Air, joined the Monodraught natural ventilation portfolio featuring an Active Louvre System and “No Leak Guarantee”.

SUNPIPES
Having helped to create the Natural Ventilation sector from 1974, Monodraught applied itself to natural daylighting and, in 1995, the Sunpipe natural daylight system was launched into the UK market and was followed just two years later with the introduction of the Suncatcher, an all-new system combining natural daylight and natural ventilation.

COOL-PHASE
Following a 4-year development programme, 2009 saw the UK launch of Cool-phase, an innovative application of the exciting new ‘phase change technology’, to create a low-energy cooling and ventilation system that creates a thermally-comfortable, fresh and healthy indoor environment, whilst reducing the energy consumption and running costs of buildings.

In 2013, design and technology enhancements were incorporated and Cool-phase Nova was introduced. Monodraught began the upgrade by exploring new design techniques to speed the design process and, having already used 3D modeling within the R&D department, the company complemented it with the latest 3D printing technology to enable them to bypass traditional ‘prototype’ lead times.

STILL INNOVATING: THE HYBRID THERMAL MIXING SYSTEM
Typical of Monodraught’s commitment, exactly 40 years after it was founded, the company has unveiled another creative and innovative product – the Hybrid Thermal Mixing System (HTM). This exciting new product is designed to provide a mix of air from natural and hybrid ventilation for winter, with the ability to deliver secure night time cooling and boosted levels of ventilation in the summer.

HTM is designed to meet the requirements of the Priority Schools Building Programme by combining exceptionally low specific fan powers and an intelligent control system as standard, which includes a full data logging facility, temperature control and CO₂ control.

In 2013 Monodraught created its own Technology Centre at its High Wycombe facility to act as a training resource and provide easy access to working examples of new products and technologies.

SUMMARY
Monodraught is proud to have been delivering sustainable solutions for 40 years and is looking forward to continuing into the future.

The following dateline is a summary of all the Monodraught products produced in 40 years Technology Timeline – 40 years of Monodraught highlights: 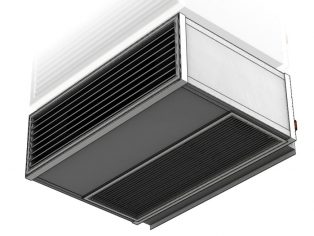 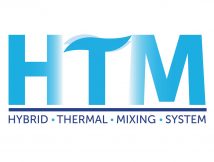 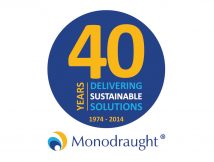