“Design is the appropriate combination of materials in order to solve a problem.”

The debate about combining different materials and using them side by side has been ongoing since earliest architectural history. A material is not only characterised by its appearance and texture but also by how it can be processed and how it is finally perceived. The challenge of blending apparently disparate materials to create one entity is more relevant than ever today. However, the question arises whether the surface of the material itself differs in its final processed form. Is its authenticity left intact after processing and forming?

ALUCOBOND® itself is a material combining aluminium with a mineral core. In descriptions of buildings, architects usually only refer to the aluminium surface because the material’s superficial appearance is perceived as separate from the range of processing options it offers. Therefore, the surface defines authenticity. However, extraordinary projects featuring materials such as plaster, wood, concrete or glass alongside ALUCOBOND® are made possible by its impressive formability. In this edition, we would like to present material combinations which fuse a building into an interesting unity by using highlights and contrasts. 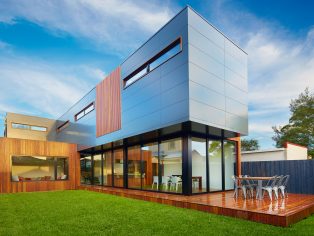 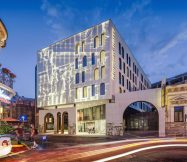