The Urban Design Group’s National Urban Design Awards 2014 were presented on February 12th and the evening showcased some great examples of urban design work produced throughout the UK over the past twelve months. Lucy Bullivant’s title Masterplanning Futures was awarded the 2014 Book of the Year Award and, in describing the title, the Urban Design Group Book Award Panel said:

“While emphasising the informal and social dynamics, Masterplanning Futures celebrates the struggle for innovative form.”

In the past, spatial masterplans for cities have been fixed blueprints realised as physical form through conventional top-down processes. These frequently disregarded existing social and cultural structures, while the old modernist planning model zoned space for home and work. However, in Masterplanning Futures, internationally renowned academic, author, and critic Lucy Bullivant analyses the ideals and processes of international masterplans, and their role in the evolution of many different types of urban contexts in both the developed and developing world. In describing the impetus for her work, Bullivant says:

“I wanted take a position and uncover instances of creative processes that I knew were being applied in cities, regions and neighbourhoods in different cultures for more enlightened clients by teams who overcame the silo thinking of the past, so ineffective now in dealing with contemporary complexities, to help readers see how masterplanning could represent a very different and more responsive set of cultural methods.”

Drawing on first-hand accounts and illustrated throughout with colour photographs, plans and visualisations, the book includes twenty essays introduced by an extensive overview of the field and its objectives. These investigate plans including one-north Singapore, Masdar City in Abu Dhabi, Xochimilco in Mexico City and Waterfront Seattle, illuminating their distinct yet complementary integrated strategies. Masterplanning Futures is a key book for those interested in today’s multiscalar masterplanning and conceptually advanced methodologies and principles being applied to meet the challenges and opportunities of the urbanising world.

Of her win, Bullivant said:

For additional information about this book, please visit http://www.routledge.com/books/details/9780415554473 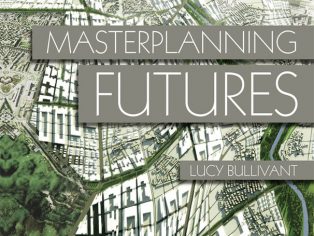