Making the case for encouraging women into architecture

Architect Simone de Gale has used a recent award win to highlight the need to to encourage other women into the industry.

Following winning Architect of the Year at the Women in Construction Awards, de Gale commented that now is the time for advocating women to consider joining the UK construction industry.

“The numbers of women working in the construction industry have been growing steadily over the last decade or so but we are still far outnumbered by men,” she said.

“Women tend to overlook architecture in favour for other choices where they can apply their creativity and flair. This is a crying shame for my industry because there are so many great opportunities for hard-working, bright and intelligent women.”

De Gale said that a shortage of women joining the industry could be attributed to a lack of a level playing field: “Just as is the case across so many industries and professions, some areas of construction are failing women in terms of pay gaps and opportunity to become partners or directors of firms, when taking time away from the practice to have children.

“It’s upsetting that even in 2017, men and women still aren’t seen as equal, despite them doing the exact same job and possessing the same qualifications and experience.”

The thirtysomething born and bred Londoner was chosen for the Architect of the Year Award over three strong rivals. The judges made particular comment on her commitment to customer satisfaction. Her Belgravia-based practice is in its seventh year, and has played “key roles” in the Hammersmith Flyunder project and London’s Spherical Art Gallery as well as residential and retail schemes including masterplanning such as a scheme in Tbilisi.

“It is vital to the success of the industry that new blood joins our industry because we need bright new ideas, fresh thinking and an injection of energy.” 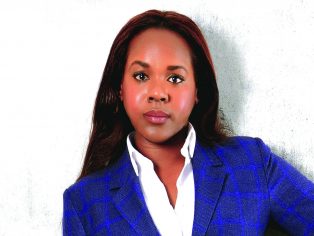