The leasing of the office properties of the commercial centre Dixi, located at the Tikkurila railway station, has proceeded well and major part of the premises has been leased. YIT completed the sales transaction of the second phase office properties to Etera Mutual Pension Insurance Company in December.

“YIT has participated in developing Tikkurila area for a long time, and it has been become a busy and modern retail centre”.

The first phase of the office properties were completed at the end of 2014 and the retail centre in January 2015. Dixi offers easy, fast shopping for customers taking the train and a daily place to shop for the area’s residents. Dixi is the first commercial centre in Finland, that has been given the LEED Platinum environmental certification. 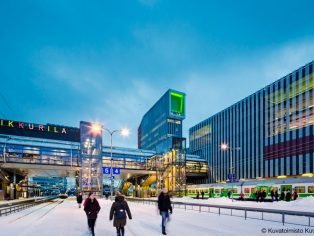