Sixth form students at King’s College Wimbledon are guaranteed a dry start to the new term, both in the classroom and the cricket pavilion thanks to Kemperol from liquid waterproofing specialists Kemper System.

Following installation of the liquid waterproofing system on the sixth form centre, the client was so pleased with the result that they also specified it for the cricket pavilion.

The sixth form roof structure itself was in good condition, but the ageing felt roof was beginning to break up.

If the roof had been fully stripped and re-felted, then a considerable amount of air handling equipment on the roof would have had to be removed. By choosing Kemperol, the equipment was raised to allow the waterproofing system to be installed and lowered once cured. There were also numerous skylights that were more easily incorporated into the seamless membrane with the liquid system.

Paul Brown from roofing contractors Avant-Garde Roofing who laid the Kemperol pointed out that insurance was also a key issue. He said:

“It can be very difficult for some felt roofing contractors to get insurance on these types of roofs because of the fire risk associated with the torches.”

“Kemper System is cold applied so there is no fire risk whatsoever.”

The client was also very happy with the final result.

“I was expecting the project to take several weeks, but in the end it took less than a month.”

“Avant-Garde and Kemper did such an excellent job that we asked them to reroof the cricket pavilion, which had started to leak.”

It would have been too expensive to replace the pavilion’s asphalt balcony roof entirely. Therefore, taking into account the good work already carried out on the sixth form roof, the client chose Kemperol with rubber matting on top of that for extra protection against the cricket shoe studs. Kemperol completely saturates a non-woven reinforcement fleece and cures to form a seamless, monolithic membrane that is tough, flexible and bonds permanently to the substrate – in this case the old asphalt roof. 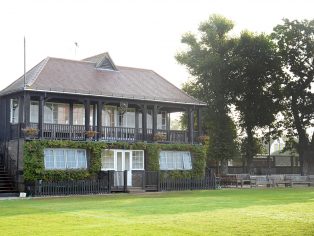