Kawneer’s curtain walling features on the building with the highest-ever BREEAM rating in the world.

‘The Edge’, the new headquarters for Deloitte in Amsterdam, which made use of 17,000m2 of a re-engineered, custom-made Kawneer curtain walling solution, won the office new construction category against four other projects in the organisation’s 25th anniversary awards.

Designed by PLP Architecture, built by main contractor G&S Bouw for developer OVG Real Estate, and assessed by C2N Bouwmanagement, it achieved the highest BREEAM rating ever (98.35 per cent) in the competition.

More than 40 buildings were shortlisted for this year’s BREEAM Awards, each of them showing excellent sustainability credentials, representing some of the best examples of building design, construction and management throughout Europe.

The shortlist from the highest scoring buildings in each BREEAM scheme were put before a panel of eminent industry judges who made the final choice of winner, taking into account the BREEAM score achieved alongside a range of other factors such as the value of the building to its occupiers and users, the site and other constraints, and the lessons and strategies that can be applied to other projects.

They said of The Edge:

“Smart technology is a distinguishing feature of OVG Real Estate’s sustainability strategy, with occupants able to control temperature and light levels via their smart phones. The result is 70 per cent less electricity usage than comparable office buildings. The Edge also incorporates the largest array of PV panels of any European office building on its roof and south-facing facade.”

“They are all to be congratulated for their commitment, leadership and expertise in sustainable real estate, and for the fantastic developments they have delivered. These awards provide a showcase of the best of UK and international real estate over the past year, highlighting its clear benefits for business, building occupants, broader society and the environment.”

BREEAM is the world’s leading sustainability assessment method for buildings and communities, with more than 530,000 certificates issued and a global reach encompassing more than 70 countries. 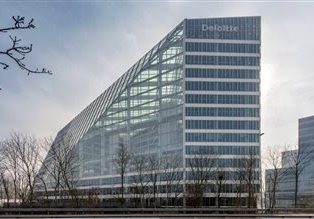