Is Construction still a losing game for most women? Are you part of the problem?

Julia Evans, BSRIA Chief Executive is the author of the essay entitled “Is Construction still a losing game for most women? Are you part of the problem?” Julia comments on the lack of women in the construction industry, describing “our industry’s lack of progress towards equality as shameful” and argues that we need to attract and retain talented professionals regardless of gender, age or ethnicity.

Politics is all about attempting to second-guess the mind of the electorate. Although cynics might cast a sceptical eye at the timing of the Cabinet reshuffle, the fact that women are more prominent in politics is a cause for celebration. After all, women make up 52% of Britain’s population, so increasing female ministers to around a quarter of the Cabinet (6 out of 17) is a belated step in the right direction. But when there are so many talented women, why is it that more of them don’t achieve high office?

Before we cast too may stones, we in the construction industry need to have a good look in the mirror. Women make up just 11% of the workforce and our industry’s lack of progress towards equality is shameful. Aside from the lack of diversity, from a practical perspective, with one in five workers soon to reach retirement the industry needs to increase its skilled workforce. It needs to thus start attracting and retaining talented professionals regardless of gender, age or ethnicity (needless to say, ethnic minorities are also under-represented in construction).

Women have struggled to get an equal footing in construction, but the representation of women in our industry has waxed and waned in recent history, demonstrating that, left to chance, both government leadership and the fluctuating demands for skilled labour can be persuasive. Perhaps Nicky Morgan, the new Minister for Women and Equalities ought to have something to say about this too.

According to the Office for National Statistics (ONS), the number of women who work as roofers, bricklayers and glaziers is currently so low as to be essentially unmeasurable. It hasn’t always been like this. In the 18th century, women in Britain worked as apprentices “in a host of construction occupations, including as bricklayers, carpenters, joiners and shipwrights”. However, by the early 19th century, with changes in legislation and new divisions of skilled/unskilled labour, women became increasingly excluded. By 1861 trades including that of carpenter, plumber, painter, and mason, were subsequently largely ‘male’.

The First World War led to a marked increase in women in the building trades through a government agreement with the trade unions which “allowed women into skilled male jobs as long as wages were kept low and they were released at the end of the war”. During the second world war, there was similarly an estimated shortage of 50,000 building workers, so the National Joint Council for the Building Industry agreed that employers should identify whether any men were available first before a role was filled by a woman (who earned, on average, 40% less their male counterparts—and it’s still not perfect now, with women earning c10% less). The bias of the apprenticeship systems and trade unions were largely responsible for the fact that women in the building industry declined once more from the 1950’s to ‘70s.

We’re currently back to the issue of a lack of available skilled labour. The government recognises this, and I welcome the recently announced BIS funding call specifically designed to help women progress as engineers. The funding will support employer-led training to encourage career conversions and progression in the industry. This call is in response to a recent report identifying that “substantially increasing the number of engineers would help the UK economy and the potential to significantly increase the stock of engineers by improving the proportion of women working in engineering jobs”.

Funding new training opportunities is a great step forward, but to see real change we need industry leaders to be proactive in embedding a more diverse and inclusive work culture. The majority of women aged 25-45 find that attitudes, behaviours and perceptions are the greatest barriers.

If you feel there is nothing new in the story, then the words ‘ostrich’ and ‘sand’ come to mind. It is about you. It’s about you and how you and your business behave now, not just when we have the time given that the recession is over and it’s a ‘nice to do’. So, inspirational leadership—and not just policy—will foster a more inclusive and skilled workforce. Look around you. How many women are in senior management roles? What is your office culture really like? Is your organisation progressive or part of the problem? And, most importantly, what are you going to pledge to do about it? 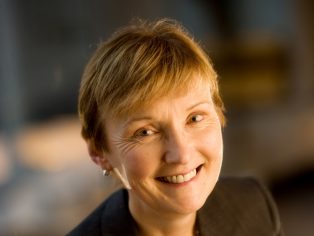