Many people believe that London is the best city on earth – made more so thanks to its gloriously maddening, diverse and eclectic character. Whether you were born here or have just arrived, you can call yourself a Londoner – but what is it that makes a Londoner? What defines the city and therefore the identity of those who live in it?

Churchill recognised the connection between architecture and identity when he said ‘we shape our buildings and afterwards our buildings shape us’. Whether consciously or not, people identify with their surroundings, and architecture sits at the intersect between collective and individual identity. From the John Nash architecture of Regent Street to Canary Wharf or Brixton’s covered markets, architecture plays a fundamental role in shaping the identity of London and how people connect and identify with their neighbourhood or the city as a whole.

Shared identity and understanding is what binds people together – whether that’s a community or a diverse group of architects within a practice. The diversity of London’s architecture practice is one of its strengths – but how will London’s identity as a global architectural hub be affected by Brexit as we lose our identity as fully fledged Europeans?

In countless London streets or familiar places such as the Barbican, identity evolves over time and takes its cue from residents. Developers – and architects too – have sometimes sought to hasten that process by inventing a new identity for a place through branding. Can that work? As parts of London experience fundamental and rapid physical change – is there such a thing as instant identity?

For the 2018 London Festival of Architecture these are just some of the questions hoped to be posed as the theme of ‘identity’ is explored, and what it means for architects, architecture, and most of all, for Londoners.

Call for entries for London Festival of Architecture 2018 is anticipated to come in November – earlier than previous years to give organisers more time – and the festival will run at venues across the capital from 1-30 June 2018. 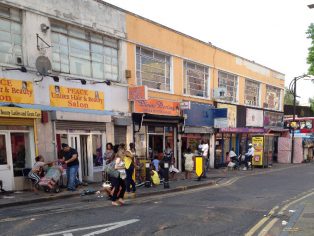