The International Commerce Centre (ICC), a 484-meter office tower in Hong Kong, has won the inaugural Performance Award from the Council on Tall Buildings and Urban Habitat (CTBUH).

The CTBUH Performance Award was established to help the tall-building industry reverse a persistent and counterproductive trend – the resistance of building owners and managers to releasing valuable performance data, particularly energy data, from which the entire industry could benefit.

Most awards programs focus on design intent, as opposed to actual performance –often well-intentioned projects are not revisited, and thus not held accountable for their claims of energy conservation, financial performance, urban regeneration ability, etc. The Performance Award thus recognises the measured performance of a building or development, and the award goes to the project that has the lowest measured environmental impact on the urban realm, using actual data. The purpose of the Award is to not only recognise buildings that excel in their particular conditions, but to call attention to the need for information-sharing about building performance at a much more comprehensive level than is seen currently.

Information collection and sharing is one of the key reasons ICC is this year’s winner. Completed in 2010, the ICC is Hong Kong’s tallest building, but is being recognised for its management team’s devotion to managing the facility from a commercial, environmental and community standpoint. ICC’s energy performance in 2013 placed it among the top 90 percent of energy-efficient tall commercial buildings. The ICC arrived at this milestone through the combination of a computerised building management system, a policy of replacing underperforming mechanical equipment, and perhaps most importantly, incorporating measurement and reporting into its high-service business model. Each tenant is assigned its own account manager, who provides responsive service, but also encourages tenants to participate in, and undertake their own energy-saving initiatives. As an economic / commercial validation of this approach, the building is 98 percent occupied.

“The ICC owners and management team have made an outstanding commitment to describing and documenting building performance,”

“They have clearly articulated to the tenants and to the public how the building works and how their tenants can live in a more sustainable way. They have looked at sustainability in a comprehensive and holistic way. Their documentation is exemplary and sets a new bar for clarity about energy use. It is worth all building operators looking at how this performance is documented.”

The Technical Awards Jury has also recognised the following Finalist in the Performance category.

All award winners, including the 2014 Best Tall Building Winners and Finalists, will be recognised at the CTBUH 13th Annual Awards Symposium, which will take place at the Illinois Institute of Technology, Chicago, on November 6. The symposium will be followed by the Awards Ceremony and Dinner in the iconic Crown Hall, designed by Mies van der Rohe.

The CTBUH Awards are an independent review of new projects, judged by a panel of industry experts. Projects are recognized for making an extraordinary contribution to the advancement of tall buildings and the urban environment, and for achieving sustainability at the broadest level. Winners and finalists are featured in the annual CTBUH Awards Book, which is published in conjunction with a major global publisher and distributed internationally each year. 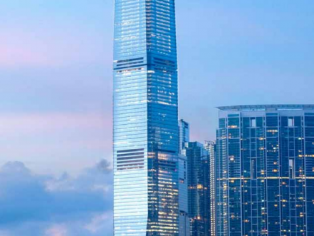