Housing Secretary Robert Jenrick has announced that the Ministry of Housing will appoint a national regulator to “ensure materials used to build homes will be made safer,” in the wake of recent testimony from construction products manufacturers to the Grenfell Inquiry.

MHCLG said that the regulator would be armed with powers to stop the sale of products deemed dangerous.

“The regulator for construction products will have the power to remove any product from the market that presents a significant safety risk, and prosecute any companies who flout the rules on product safety.”

The Ministry offered scathing criticism of companies giving testimony to the Grenfell Inquiry, saying it “shone a light on the dishonest practice by some manufacturers of construction products, including deliberate attempts to game the system and rig the results of safety tests.”

The regulator’s “strong” enforcement powers will include the ability to conduct its own product testing “when investigating concerns.”

The move forms part of a general overhaul of building regulation by the Government, which have included a draft Building Safety Bill “representing the biggest improvements to regulations in 40 years,” and a Building Safety Regulator already up and running in “shadow form.”

Jenrick commented: “The Grenfell Inquiry has heard deeply disturbing allegations of malpractice by some construction product manufacturers and their employees, and of the weaknesses of the product testing regime.”

He added that in addition to the new national regulator, the Ministry was establishing a “review into testing to ensure our national approach is fit for purpose.” Jenrick said that while the changes would happen “now,” the Ministry would still await the judge’s recommendations following the Inquiry.

The regulator will operate within the Office for Product Safety and Standards, and be funded to the tune of £10m. It will work with the Building Safety Regulator, and Trading Standards, to “encourage and enforce compliance.”

The review into testing regimes will be led by “a panel of experts with regulatory, technical and construction industry experience,” and will report later this year with recommendations, said MHCLG. 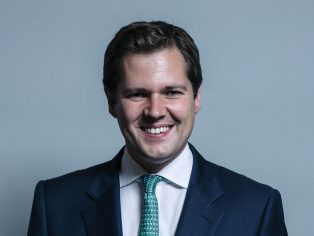