Highlighted by the UK’s innovation agency, the Technology Strategy Board, as a ‘star project with benefits aplenty’, the store has delivered far better environmental performance in its first year of operation than that predicted by its designers, the independent post-occupancy evaluation report states.

Central to the key performance indicators monitored were the main areas of sustainability, such as energy use, carbon emissions and building insulation, all of which have outperformed targets by an unprecedented margin. Indeed with Hemclad designed as a fast track, offsite construction method that uses renewable materials to create high levels of insulation, thermal inertia and negative embodied carbon, the independent Building Performance Evaluation (BPE) helps reaffirm its suitability as a commercially viable and mainstream building system.

Based against the design targets set for the Cheshire Oaks store – M&S’s second largest, occupying some 195,000 sq ft and opened in August 2012 – energy consumption fell by 42% when compared to an equivalent store and target rate of 30%, and Carbon emissions were 40% fewer than the design parameters set at 35%. Equally impressive were the results monitored in relation to the building’s outstanding insulation performance, where heat loss overnight in the winter fell by only 1°C, which is significantly better than 9°C reductions associated with other typical store environments. The same also goes for air tightness, which is proven to be 70% better than building regulation requirements.

The high levels of insulation and consistent thermal inertia that the Hemclad panels are proven to deliver have also been linked to the store excelling in the comfort stakes, through the existence of a more pleasant and consistent internal environment, particularly for staff working out of hours. This was again brought out by the post-occupancy report, where Feedback from Cheshire Oaks customers and employees using the ‘Building Users Survey’ (BUS) methodology placed the store within the top 1% of all buildings for “design” and “image to visitors”, top 5% for user satisfaction and top 7% for improved employee productivity against the BUS 2011 benchmark of 66 other buildings.

Having understandably received acclaim from the Technology Strategy Board, the M&S store has also been singled out by Energy and Climate Change Minister Gregory Barker who said:

“Marks & Spencer’s Cheshire Oaks store is a fantastic example of what can be done to become more energy efficient. It’s great to hear that the innovative design features put in place since the store’s launch in August last year have cut carbon and saved money on energy bills,”

“The post-occupancy results prove how effective systems such as Hemclad and Hembuild will be in the future of sustainable mainstream construction in this country, and we are understandably extremely excited by the findings that have been published. Hembuild has already received industry-wide acclaim this year, having proven instrumental in helping not only M&S win the Leisure & Retail sector at the Greenbuild Awards, but also for Science Museum, where the Hembuild system helped them come out on top in the Workplace Newbuild category. This latter project also went on to win at the Museum & Heritage Awards, not to mention the CIOB/CESW South West Built Environment Awards.”

The systems are based around a bio-composite building material made from hemp shiv mixed with a lime-based binder – Hemcrete®. This product, when used with equally efficient hemp fibre insulation, delivers advanced insulation and thermal inertia. As a result, both systems deliver a smoothing out of internal temperatures, which reduces peak loads and the capital costs of an M&E system. Here, the building fabric helps to regulate the internal conditions due to the passive properties of Hemcrete®.

In addition to exceeding steady state U-values and thermal performance predictions, the systems are negative embodied carbon products. Carbon sequestration is achieved as hemp captures carbon dioxide during its rapid growth, whilst releasing oxygen back into the atmosphere. The carbon is then locked up within the walls of the building to give a carbon negative solution. 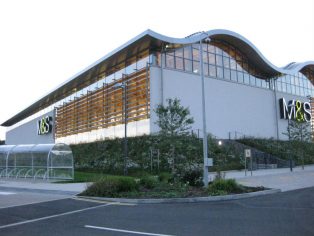