Hastings Pier, on the East Sussex coast and overlooking the English Channel, can chart its history from 1872. For many years it was a popular pleasure pier famous for musical acts, but its recent past has been much more precarious. Neglected for years, it closed in 2008 following storm damage, and in 2010 faced destruction when a fire ravaged the entire structure.

Residents and supporters were determined to use the fire as an opportunity to reimagine the pier. Buoyed by the help of the Heritage Lottery Fund, a RIBA design competition attracted entries from around the world. London-based architects dRMM won the competition and immediately set about close consultation with locals and stakeholders, quickly reaching the conclusion that the pier must serve a wide variety of scenarios to be sustainable. Additional fundraising from a local action group found 3,000 shareholders to buy a stake in the project at £100 a share – this is the people’s pier.

The new-look Hastings Pier has been repaired and rebuilt, then creatively reimagined.  The 19th century structural iron work, hidden below deck, has been painstakingly restored and strengthened following years of neglect, storm and fire damage. The surviving Victorian Pavilion, one of two buildings on the Pier, has been transformed into an open plan, glazed café-bar.

The vast pier deck has been set aside as an uninterrupted flexible expanse for large-scale concerts, markets and public gatherings. The new timber-clad visitors centre building in the centre of the pier, has a viewing deck on its roof providing a dramatic space for visitors to experience epic views along the coast and across the English Channel.

The architects have used timber throughout the project, much of it reclaimed from the original pier: the visitors centre makes a feature of its scorched wood cladding. The reclaimed timber has also been used to create the pier’s striking new furniture, manufactured locally as part of a local employment initiative.

“Hastings Pier is a masterpiece of regeneration and inspiration. The architects and local community have transformed a neglected wreck into a stunning, flexible new pier to delight and inspire visitors and local people.

“Hastings Pier showcases the remarkable skills, tenacity and problem-solving flair of its talented architects, dRMM. It also rewards the patrons of this great architectural achievement: the local people who have taken the initiative, and risk, to create this highly innovative and extraordinary new landmark.

“I am delighted to award the 2017 RIBA Stirling Prize to the people’s pier.”

“dRMM Architects were delighted to collaborate with Hastings Pier Charity on this ambitious project which, like a ‘Phoenix from the ashes’, was realised through dedicated community action. The new pier is designed as an enormous, free, public platform over the sea – inspiring temporary installations and events across a variety of scales. This space offered more potential than an ‘iconic’ building on the end of the pier, and demonstrates the evolving role of the architect as an agent for change. All of the many people who worked on this long project are grateful to have received the prize – and proud of achieving the apparently impossible”.

“Hastings Pier is both a symbol of regeneration achieved when communities work together and a beautifully designed canvas to realise multiple uses for the residents and visitors to the town who come to enjoy it. dRMM developed a strong design vision; respecting both the history of the Pier whilst demonstrating innovation and originality in coming up with a twenty first century solution.  From the opening day, Hastings Pier has invited curious visitors, stimulated conversations, and engaged and welcomed all who use and support us. Accessible and sustainable, it frames a spectacular seascape and offers unlimited variations for relaxation, contemplation and play.”

dRMM’s role has been utterly pivotal in realising this masterpiece of subtle, effortless design. They have driven this project through to completion: campaigning, galvanising and organising local support throughout each aspect of the funding stage. They went above and beyond what most people think of as the role of the architect – and then they kept going!

dRMM show what incredibly talented and dedicated architects can do: inspire, think big, interact and engage with communities and clients to help them to achieve the seemingly impossible; this is a great message for young architects following in their footsteps.

The vital importance of building sustainably runs throughout the RIBA’s awards, and Hastings Pier deserves special recognition for its remarkable use of sustainable materials and positive social impact. The architects have designed a process as much building, and have designed the Pier to evolve and grow.

This project shows that local communities working with architects can make a huge difference. Councils across the country should take inspiration from Hastings Pier, and open their eyes to the unique assets that can be created when such collaborations take place.”

Hastings Pier was chosen as the 2017 RIBA Stirling Prize winner from the following outstanding shortlisted entries:

The winners of two other annual RIBA awards were also announced:

RIBA was also pleased to announce that Almacantar, the property investment and development specialists and sponsors of the RIBA Stirling Prize since 2015 have renewed their support of the Institute for a further three years (2018 – 2020). 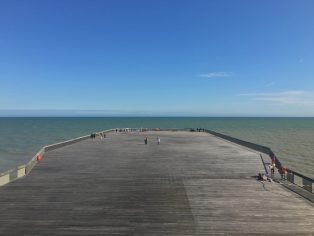 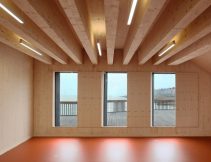