Going round the houses

Enter Garden Cities as the latest act in the long-running variety performance of the “UK Housing Crisis”. Following on from Planning Reform (no discernible audience impact) and Help to Buy (rather too much of the wrong impact), Garden Cities received box-seat support via the Wolfson Prize – whose 5 finalists were recently announced.

The 2014 Wolfson Economic prize awards £250,000 to the best answer to the question “How would you deliver a new Garden City which is visionary, economically viable, and popular?” The promise of fixing – as one of the finalists put it – the “land-strangling planning policies, and intransigently-negative attitude towards development” is enough to make the property and construction industry sit up and pay attention.

The concept of a prize – indeed much the concept of a Garden City itself – allows for a re-presenting and re-packaging of the longstanding issues of housing supply and demand. With competitions and events, so the theory goes, comes excitement and winners. Certainly the Wolfson prize can never be accused of not trying to address current contentious issues – the 2012 prize focused on how the Eurozone could be safely dismantled.

A number of the 2014 finalists took the opportunity to highlight some of this country’s most horrifying housing statistics. So for the record, the UK is Europe’s densest populated with the highest population growth. As a country, we build less than half the numbers of new homes that we require and half that of France. Despite longstanding and virtually universal agreement from politicians, industry and citizens that we need to build more homes – the UK has consistently failed to meet population growth by at least 20% for at least the last 10 years. Average UK house prices are nearly 10 times average incomes – in London, over 13 times. 80% of the UK cannot provide affordable housing according to leading charity Shelter. At the same time we have built on less than 10% of the UK’s available land mass. As Bank of England Chairman Mark Carney recently put it :

So if we can all agree on the problem, what do the finalists offer as solutions? While Shelter did suggest the Hoo Penninsula in Medway in Kent as one prime candidate location, the finalists main focus was on the how rather than the where. Most recognised that several locations were required – the potentially frightening thought of one Milton Keynes per year for 10 years. All in their different ways touched on the apparent simplicity of a solution – central government direction to build securely on green belt land for the long term, with the agreement of financially incentivised local communities.

The themes found much common ground. Central government must be involved as a central plan is required and the legislative changes required stretch beyond local politics. Green belt land must be involved as it falls by definition within the metropolitan areas of greatest housing demand. And local communities must be significantly involved and significantly incentivised to support more new homes in their localities.

While it is easy to remain cynical about the obstacles, HS2 demonstrates there can be political consensus to enable long term controversial projects. A significant proportion of Green Belt land is used for intensively farmed land. This fact forms the basis of a genuine discussion about the extent of the value of Green Belts to local communities. The 50 to 80 times uplift in agricultural value that planning permission provides, could provide part of the means by which local communities can be financially incentivised.

Politicians have generally steered clear of tackling development head-on. They have shunned discussion of the peculiarly UK issue of Green Belts and done little to counter the view of houses as assets to be protected rather than places to live in. Instead politics seems to have recently concerned itself with policies that will not, if truth be told, make any significant difference to our housing problem.

The Wolfson reward of £250,000 will not create a new Garden City on its own. As one finalist rather frankly stated “it is probably impossible to create a Garden City of any scale from scratch in the current economic climate”. The current political climate provides equally little cause for optimism. Attacking the central issues of the housing problem would require politicians to summon up the courage to take on the fears of both the green lobby and those of current homeowners – on behalf of those who cannot afford to buy a home. For the moment the former’s votes heavily outweigh the latter.

What the Wolfson Prize finalists do show is that if political leadership is forthcoming and can help frame the debate correctly, there is a high degree of convergence in both analysis of the problems and possible long term solutions. The big question remains is how long it will be before we see Westminster leadership take to the centre stage with the central issues. 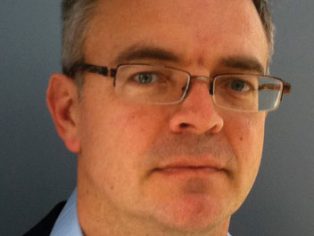