Glasgow architects have designs on more growth after becoming employee-owned

Business transforms from traditional architectural partnership into 40-strong practice owned by its employees.

A Glasgow architectural practice whose turnover has risen 30 per cent over the past two years has designs on more growth after becoming employee-owned.

Page\Park Architects – which employs 40 and now turns over £3.5 million – has become employee-owned, 32 years after it was established by founders David Page and Brian Park in 1981.

The firm – which has worked on iconic projects such as the Lighthouse, Scottish National Portrait Gallery, Rosslyn Chapel and Collegelands in Glasgow – intends to develop its award-winning business, particularly across the UK and Europe.

“Over the last year we have transformed from a traditional architectural partnership into a 40-strong employee-owned company. The journey, which began five years ago, has been an exciting one and we are looking forward to delivering more exceptional work for our clients in years to come.

“Now, when you speak to anyone in Page\Park, you are speaking to someone with a share in the future of the practice, a belief in its values and a commitment to them: a shared optimism. We are following in the footsteps of the likes of Arup and John Lewis, who have quietly trail-blazed employee ownership over many years.

“We have always been a very collaborative organisation so employee ownership – as well as helping us plan for the long-term, including succession – is just a logical extension of our business model.”

“Creating a business environment where everyone shares not just financial investment but emotional involvement might seem implausibly ambitious. But with employee ownership, all parties have a genuine say in how a business is operated, giving everyone a meaningful stake in their organisation.

“Page\Park’s ethos has always been very collaborative. It has been a pleasure to help them embed that spirit of co-operation in their ownership structure and help root this exciting business firmly in Scotland.”

In addition to support from CDS, Page\Park was advised by Shirlaws on building an effective business model while Baxendale advised on the design of the new trust ownership model, setting up its governance systems and further development of its employee engagement practices. 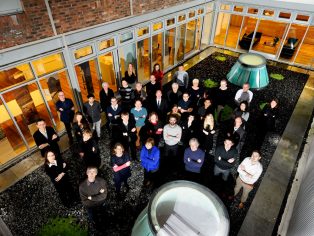 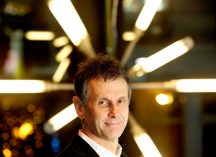