Gensler, one of the world’s largest architecture, design and masterplanning practice, has promoted Tariq Shaikh to Birmingham Office Leader. He will replace Alistair Cory who will move in house to Oxford University.

Alistair played a pivotal role in establishing Gensler’s base in Birmingham – its first UK office outside of London – in 2016 supported by a strong team that included Tariq. Located at the Custard Factory in the emerging creative quarter of Digbeth, the office was commissioned to complete two building repositioning projects at Brindley Place and Regency Wharf in Birmingham as soon as it opened.

Gensler’s Birmingham office has since gone from strength to strength and is managing domestic and international projects for industries in which the Midlands Engine is renowned including automotive, critical facilities and manufacturing. Projects include European data centres for confidential clients, Birmingham City University, Woodbourne Group and Cadillac Middle East roll out.

Tariq specialises in managing and delivering large-scale and complex projects internationally and locally. Tariq has also served as Practice Area Leader for Mixed Use and Retail Centres and has worked across a diverse array of projects including commercial office buildings, hospitality, data centres, residential, retail and mixed-use. Tariq graduated from the Birmingham School of Architecture and Design in 1991 and joined Gensler eight years’ later.

“For nearly three years, Alistair has been an important part of our leadership team and he leaves us with our deepest thanks for his dedication in helping us grow our presence in the UK, we wish him every success in his new role.

“Tariq is the natural successor to lead the continued growth of our UK Regional Markets Practice in Birmingham. He knows the city intimately and has been the Project Principal on a number of projects that have helped to shape and grow the practice. Tariq’s proven ability to lead large diverse teams and manage complex projects from design to delivery.” 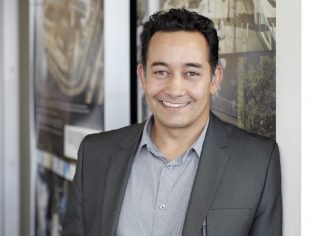