Gensler, the world’s largest global architect, design and planning practice, launched its first office outside of London by opening a new base in Birmingham.

The global firm is investing in the Midlands city’s growing design and creative hub as it eyes the potential for regeneration and leading development opportunities across the UK.

Gensler’s new Birmingham office will be led by Alistair Cory and will be the headquarters for the company’s regional activity.

“Locating our regional headquarters in Birmingham was a deliberate decision. As the UK wakes up to devolution, the new office will engage with a city on the cusp of a resurgence.

“Growth potential is huge, regeneration is well underway and the UK has one of the fastest growing economies in the G7.”

Located in The Custard Factory in the Digbeth area of Birmingham City Centre, Gensler’s arrival follows the emergence of ambitious and creative clusters in the city, underpinned by Birmingham’s strategic position as a launch pad for the UK’s manufacturing renaissance.

“The Custard Factory lends vibrancy and creativity amidst a melting pot of entrepreneurialism and commerce, providing a platform from which to deliver unparalleled architecture, design and consultation, and to diversify into new industries.”

The new office has ambitious plans for growth and recruitment, with Birmingham’s strong design talent pool as one of the key factors attracting Gensler to the area.

“Above all, we plan to foster the array of local talent by partnering with local businesses and universities, as well as reversing migration and attracting key talent from across the UK’s thriving cities – including the capital. We have a robust strategy in place to help us grow significantly over the next five years, strengthening our commitment to the city and helping to shape its future.”

“The arrival of Gensler’s regional headquarters in Birmingham is a landmark moment for the city, its business community, and the architecture, construction and infrastructure industries too.

“It is a testament to the work and development achieved in Birmingham up to this point that the City has attracted a global company like Gensler. My Practice looks forward to working with the Gensler team closely ongoing, as the local economy goes from strength to strength and we foster yet more talent from the West Midlands pool.”

At the end of December 2015, Gensler won the contract to redesign Regency Wharf creating a new retail and leisure offering on the Birmingham Old Canal.

Working in both the public and private sectors, the new office is already pursuing projects in industries with which the region is renowned, including aerospace technology, automotive and manufacturing, financial services and game design. 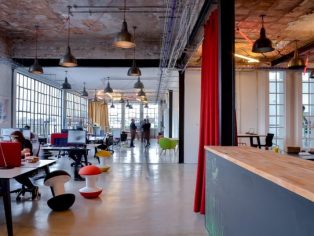