Designed by local practice Godel Architects, the two two-bedroom houses, known as Zeelandia, are sleek and modern, with subtle references to the Art Deco period. They have already won an award for ‘Best un-built scheme’ at the Jersey Design Awards 2011.

Built by Jersey contractor and developer Cape Construction, the properties are of concrete, stone and glass construction and are heated with Gaia’s electric underfloor system throughout.

The Channel Islands have no mains gas supply and oil is expensive since it must be brought in by sea from the mainland. On the other hand, electricity – brought in via three major undersea cables from France – is abundant and considerably cheaper than elsewhere in the UK. Hence most properties on Jersey are heated electrically, and while traditional radiant heaters are ubiquitous, underfloor heating is becoming increasingly popular, according to Gaia Account Manager, William Theobald.

“We currently supply between 10 and 15 projects every year in the Channel Islands. We have numerous partners in Jersey, one being PA Electrical Services, who did the installation on this project. Underfloor heating is becoming increasingly more popular, especially in new-built projects and high-end schemes like Zeelandia where the designer doesn’t want wall-mounted radiators cluttering up the rooms.”

“Though often regarded as a ‘luxury’ option, electric underfloor heating, such as installed here, is often a highly cost-effective solution.” 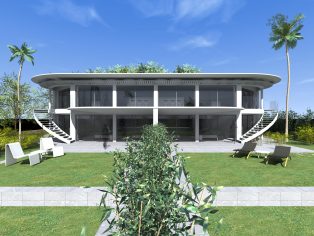