Graphene burst onto the scene recently amid claims that the ‘wonder material’ can revolutionise future buildings, but will it really prove a game-changer for architecture? Norman Hayden investigates.

Some 13 years ago two University of Manchester scientists carrying out a laboratory experiment using standard sticky tape made a pivotal breakthrough which could have far-reaching results for architecture.

After decades of frustrating research into making very thin films of graphite, experts from the university successfully invented graphene – a material that may cause a rethink in the form and function of design and construction.

Now, this ‘wonder product’ – with all its exciting possibilities – is viewed as one of the scientific building blocks of the future, changing the way things will be done in tomorrow’s world.

How it came about

So, what is graphene? It’s a nano-material – so-called because it’s ‘wafer’-thin and has startling properties: it’s super-light, super-strong and super-conductive.

Scientists had long been aware that one-atom-thick crystal graphene existed, with its strength potential apparent in a simple form – the durability of graphite lead in pencils.

But the real groundwork came in 1947 when British physicist Philip Wallace researched the electronic properties of graphite. The lingering problem, however, was that he and others who followed, could not work out how to extract graphene – i.e. incredibly thin layers – from that graphite.

Finally, in October 2004, Andre Geim and Konstantin Novoselov (who later received the Nobel Prize for their work) removed some flakes from a lump of bulk graphite. By separating the graphite fragments they created flakes that were one-atom-thick – and thus they had isolated graphene for the first time.

To make graphene paper, raw graphite is milled and purified using a chemical bath, which reshapes its structure, allowing it to be pressed into thin sheets.

Graphene is a slim, flat layer of pure carbon, the atoms of which are tightly packed into a two-dimensional hexagonal, honeycomb-type lattice. At one atom thick, it is:

These qualities makes graphene an important nano-material essentially because it is an organic solution that creates a stepping stone to bigger things.

How might all this benefit architecture? Firstly, there is the potential to enhance surfaces. Graphene could be used to form interactive skins and facades for buildings. Windows and walls could be fitted with microchips to do everything from reading out data to transmitting energy.

This could see a future with glass walls, display walls, energy-collecting walls, and radiators integrated into glass walls. In addition, building skins, both interior and exterior, will need fewer repairs and will likely be antibacterial.

All in all, such a skin could be used for responsive design solutions that perform a wider variety of functions and take a smaller amount of space.

Secondly, there are possibilities to manipulate and work with light. The ultra-thin sheets can effectively capture light. By growing graphene around a textured metallic surface, light can be localised into the narrow spaces between the material’s surface, enhancing absorption by about 90 per cent.

Having remarkable electrical conductivity and mechanical strength, graphene could be applied in buildings as “smart wallpaper” to generate electricity from waste light or heat.

Thirdly, graphene can play a role in construction. In theory it is an excellent building material, as it is incredibly lightweight while being stronger and stiffer than steel and carbon fibre. Potentially, it could be combined with more traditional materials to create stronger beams and cables, allowing for more impressive structures.

Finally, graphene can strengthen other materials. It provides paints and coatings with flexibility, strength and homogeneity while adding extraordinary electrical and thermal conductivity and corrosion protection. Thus, it offers greater durability, less building maintenance and energy savings. A company very active internationally in this field is Graphenstone, which incorporates graphene technology in ‘organic products’ including paints, coatings, mortars, adhesives, and insulation.

While research has quickened in the past few years, production and application have been limited. With Manchester the birthplace, it has quite naturally become graphene’s home too, marked by the opening of the National Graphene Institute in 2015. Its unique design saw the building crowned Major Building Project of the Year at the annual British Construction Industry Awards.

The institute is considered fundamental to the continuation of world-class graphene research. A feature of its work is to accelerate the commercialisation of its applications, in conjunction with some of the world’s leading companies.

To date, the material’s use in construction has been impractical because creating high-quality graphene has been expensive and complex. It has also proved difficult to ‘grow’ graphene layers on a large scale.

In the United States, builders have not been able to use more than a few flakes of it on projects. But a new more effective method of producing graphene, using a technique known as chemical vapour deposition, has now been developed.

It is thought that once graphene can be produced on very thin pieces of metal or other arbitrary surfaces, as production techniques become faster, more simplified and cost-effective, there will be much wider uptake.

In addition to production problems, there is concern in the UK that politics might also hold things back. The Government has been urged to back Britain’s world-leading research amid fears that Manchester University is set to lose £1m a year in EU funding after the UK’s vote for Brexit last summer.

Scientists warn that by exiting the European Union, Britain is likely to lose its place in the EU’s ground-breaking Graphene Flagship project, the biggest research scheme of its kind.

With carbon being the chemical basis for all known life on earth, graphene could well be an ecologically friendly, sustainable solution for an almost limitless number of applications. Ultimately, it is expected that the material will be integrated into plastics – such as epoxy – to create a substance that can replace steel.

As graphene is still a ‘product of tomorrow,’ bodies such as RIBA, the Construction Industry Council and the Chartered Institute of Building have, understandably, had little to officially say on the subject.

But assuming production problems are gradually overcome, graphene will  surely come into its own in building design and construction. And, eventually, it could become commonplace, in the same way that plastic is today.

All in all, from its birth thanks to a strip of sticky tape, graphene is now a material that could change our lives in the 21st century. 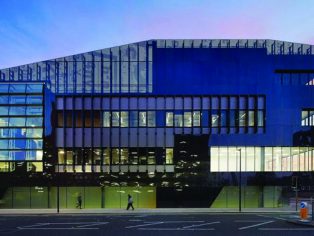 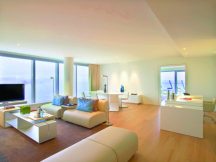