Foster + Partners shortlisted for Palace of Westminster Restoration and Renewal

In a statement in the House of Commons, the government announced that Foster + Partners was included in a shortlist of firms who have pre-qualified for the restoration and renewal of the Palace of Westminster.

“We are delighted to have been short-listed for the refurbishment of the Palace of Westminster. The building is an exceptional work of living heritage, a symbol for the United Kingdom and of democracy throughout the world. The opportunity of turning the magnificent 19th century architecture into a functioning 21st century parliament building within a UNESCO heritage site is one of the most exciting challenges in Britain today.” 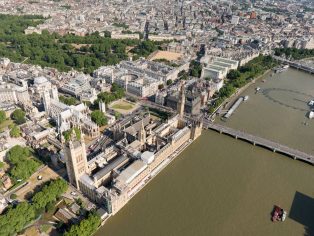