Kyoto University of Art and Design (KUAD) has released the first digital English edition of its university magazine “URYU” to a worldwide audience on June 13, 2014.

The first article focuses on Professor Shigeru Ban, who will receive the 2014 Pritzker Architecture Prize, “the Nobel Prize of Architecture,” at the ceremony scheduled on June 13, 2014, at the Rijksmuseum in Amsterdam. It reveals Ban’s three faces: a world renown architect, a supporter of disaster-stricken areas, and an educator in the university.

The other article focuses on Mr. Shimpei Mito, a graduate photographer who recently received wide attention for his street style shots of models off the runway at Fashion Weeks around the world.

The editorial team is now working on the next Japanese edition featuring Professor Miwa Yanagi, one of Japan’s leading contemporary artists, who is scheduled to work on art projects including the Yokohama Triennale from August 1, 2014, Parasophia the Kyoto International Festival of

Contemporary Culture from March 7, 2015, as well as Performing Arts Projects in the U.S. and in Japan. This article will also be published in the next English edition. 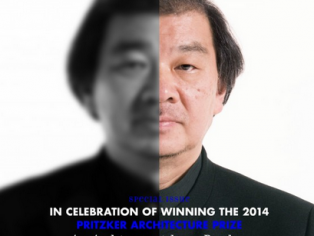