It may appear rather narrow-minded to demand regulated order in many things these days. Immanuel Kant, however, lived during the era of the Enlightenment when citizens in the Holy Roman Empire lived in terror and poverty due to wars waged by despots vying for power. Many subjects desired nothing more than peace and a national, democratic, enlightened society. Kant spoke of political peace by means of standardized constitutional laws. Order as the basis for freedom.

The concept is more pertinent than ever when referring to architecture and façades today. A contemporary façade constitutes an individual building element which must not only satisfy numerous requirements but simultaneously fulfill structural, functional and diverse aesthetic demands. Despite increasing functional constraints, the modern facade has shaken off the yoke of dogmatic rules governing aesthetics. The façade grid brings order to the manifold, and prevents chaos. The grid underpins the facade both structurally and visually and it conveys an architectural message.

Consequently, the search for the principle behind the facade grid is the beginning of façade design. This is also the case where order forms the basis of (design) freedom. 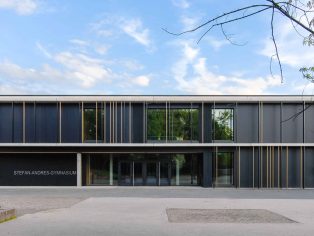 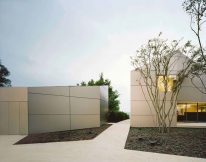