Last weekend, the iconic Millennium Mills in Silvertown opened its doors to the public for the first time during Open House London. The sold out event was so popular, an additional tour had to be accommodated on Sunday afternoon to meet public demand.

Over 80 people, including a number of local Silvertown residents, flocked to Silvertown to see the former flour Mill in its abandoned state before it undergoes a transformation to take on new lease of life. During the visit, they got exclusive access inside to explore the building’s huge factory floors, giant grain silos, old machinery and equipment, as well as take in the incredible views from its 10-storey high roof.

The tours were led by Blue Badge Guide, Simon Bennett, who regaled stories about the building’s rich history, which spans back to 1905 when it was built by millers Vernon & Sons and named after their award-winning Millennium flour. The Mills became famous for its incredible rate of flour production that saw it produce 100 sacks an hour. After being badly damaged by London’s biggest ever explosion in 1917 and further bombings during WWII, the building was re-built and re-occupied numerous times by the likes of Rank Hovis and Spillers.

Millennium Mills is currently undergoing a major renovation as part of a £3.5 billion redevelopment of Silvertown, to create London’s new Creative Capital. Silvertown aims to create 5m sq ft of new business space, 3,000 new homes and more than 20,000 new jobs. As part of this, the building will be restored to retain its art deco frontage, high ceilings and industrial charm to become a hub for business start-ups, innovators and accelerators, setting the tone for the entire development.

“The weekend was a truly unique opportunity for people to get up close to a monumental building, which has stood guard over the Royal Docks for over a century before it embarks on a transformation for future generations. The regeneration project is extremely exciting and it’s brilliant to hear that we are going to be able to preserve this iconic building and breathe new life into the area. This was undoubtedly one of the most enjoyable tours I’ve done in my time as a guide – I’m very much looking forward to watching the site evolve over the next few years.”

“The tour of the Millennium Mills was absolutely amazing, the building is incredible and it was great to be able learn about its history and to see the vastness of the area inside. For someone who lives across the road the future plans of the site sound fantastic. We’ve not had many things to do on our doorstep, so it will be really good to have more amenities and the hustle and bustle of people working here.” 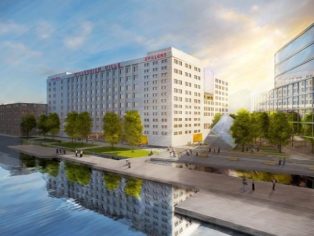 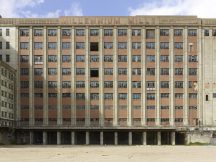 The Millennium Mills in its former day 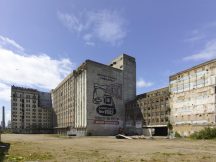 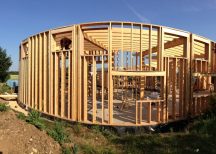