BREEAM (Building Research Establishment Environmental Assessment Methodology) recognised the consultancy as its UK Assessor Company of the Year 2016 due to Grontmij UK’s ability to consistently achieve the highest BREEAM ratings for its projects over a 12 month period.

The consultancy’s work was further recognised when a project it advised on, Camden Council’s new community building, Five Pancras Square, won an international BREEAM award in the mixed-use and other buildings category. Another project which Grontmij UK consulted on, the 107 metre high South Bank Tower in London, received a special commendation.

Individual excellence was also celebrated when the consultancy’s head of building services, Kartik Amrania, was acknowledged as one of only three BREEAM Assessors of the Year from throughout the whole of the UK.

The awards were presented at a ceremony held on March 8 at the London Marriott attended by hundreds of industry professionals. Now in its 26th year, BREEAM’s sustainability assessment method is applied in over 70 countries. More than two million buildings have been assessed using the standard with ratings calculated against a wide variety of criteria by independent BREEAM assessors.

“Winning these awards recognises the capability of the Grontmij team as a whole, Kartik’s individual talent and our total commitment to partnering with clients to apply sustainable design principles that create better buildings.

“Our clients appreciate our ability to think both creatively and sustainably to ultimately deliver projects that contribute positively to the environment in which they are built, and benefit the people that use them.”

Grontmij UK was acquired in October last year by Europe’s leading architecture and engineering consultancy, Sweco, which has its headquarters in Stockholm, Sweden. Sweco has 14,500 employees, sales of approximately SEK 16 billion (£1.3 billion) and is listed on Nasdaq Stockholm. 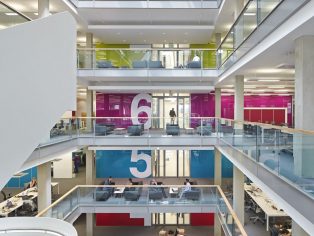