We feature a wide variety of buildings in ADF, from small private homes to mental health units, to massive concrete-built galleries, and we look them all on their own merits. We would be reluctant to solely use the criteria of whether we think they are ‘beautiful’ or not, as that is a highly subjective business.

Sometimes our International Focus pages may showcase new projects which seem to have put a bigger focus into the cosmetic details or the overall scale and form to constitute ‘beauty’ than a large amount of what we may see coming through the works in the UK. Again that is very much in the eye of the beholder.

But at a time when the profession is under some strain, with the dual challenges of Brexit and continual squeezes on fees and earnings for a large proportion of architects, whether we need the Carbuncle Cup to further remind them of perceived failings is also up for debate. Now an established ‘booby prize’ run for over a decade, it’s gone beyond a short-lived joke to a high-profile judgement on what is a ‘bad’ building, with the inevitable online chorus of agreement and/or disdain.

As Hawkins\Brown’s Nigel Ostime reminds us in this month’s View Point, sole principal architectural practices relying on resi conversions can be scraping by on £24K a year, and the last thing they need is a kicking from being shortlisted in such a prize. And that is entirely possible given that no building is too small to escape the Cup’s pitiless gaze.

Not that architects’ work should be exempted from mockery and derision, after all they can fundamentally alter the character of an area and have the power to either elevate or destroy the visual environment. The question is, whether the ‘anti-prize’ should be restricted, as some have suggested, to the ‘sacred cows’ of the top 100 practices, or whether the minnows should be judged on the same basis. If it is to be acknowledged as credible, then the Cup itself should be scrutinised for both its methods and scope. In a world where ‘likes’ hold sway, it now has the profile that brings with it this kind of responsibility.

Do we need more national awards like the Stirling Prize, but sector-specific and celebrating buildings’ worth in their own context, and suffering less from the needing to judge such disparate buildings against each other? Perceived beauty may not be about dramatic geometry (perhaps shown by the Tate Switch House’s omission from this year’s Stirling Prize shortlist) – maybe it lives more in the combination of precisely matching function and achieving the right look in its particular context? This is an old argument, but one which remains key when one of our most important professions needs the credit it has earned. 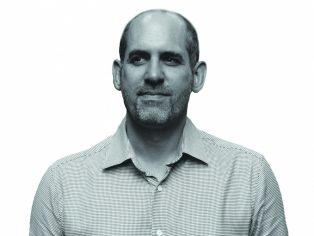