Feeling confident? If one is to believe “sentiment” surveys (and many do, as evidenced by the attention paid to the Purchasing Managers Index), then generally, architects are feeling a bit less confident than they were a couple of months ago. The RIBA’s monthly Future Trends ‘workload index’ dipped in June, falling by 13 points on May figures. This is closely connected with the inconclusive General Election in June, leaving so many unanswered questions including many to do with Brexit.

Saying this drop was “significant,” the RIBA admitted that it was likely to be more to do with concern about “macro-economic uncertainties which appear to have been intensified by the election outcome and the start of Brexit negotiations, rather than a dramatic change in workloads or the level of project enquiries.” Perhaps more surprising is that practices in the north of England continue to have a more positive outlook about future work prospects than those in London since the EU referendum. London firms have slipped into negative territory in June’s figures, which is somewhat worrying but again only an indication perhaps of their change in sentiment rather than an actual slump.

This sustained lull in London over recent months may be to do with the proportionally bigger impact that a substantial change in freedom of movement will have in the capital. It may also be attributable to the relatively higher level of work in the capital – leading to a bigger drop in work resulting from clients withholding investment decisions based on Brexit. There’s no surprise that bigger practices are more confident, and as we will explore in the next issue of ADF, there is a wide gulf between the income sole principals can expect from focusing on things like home extensions, and principals in 50+ employee firms.

While equity of pay based on gender is thankfully in the spotlight, the question of how financially struggling architects can make ends meet if poor confidence figures turn into genuine economic downturn – likely if GDP figures continue downwards – will be rearing its head. Private housing forecasts have seen a drop in the RIBA survey, and yet the picture is mixed, with the Construction Products Association in its national Q2 report recording no ‘coldspots’ for housing in London.

The RIBA’s Adrian Dobson qualified its findings, saying that the private housing sector remains “buoyed,” partly by “ongoing strength in the bespoke homes and domestic extension market.” The bitter pill to swallow from this is that one of the planks sustaining architects’ performance is a sector which is supporting many architects on hard-to-sustain levels of pay.

Despite the uncertainty, 84 per cent of practices expect permanent staffing levels to remain the same or increase in the next quarter. Whether or not this is practices presenting a confident face to the world (and their own staff) will only be borne out by events, but we are certainly seeing a good number of appointments coming through, many of whom make it onto our New Arrivals page (see page 17 for who’s on the move). 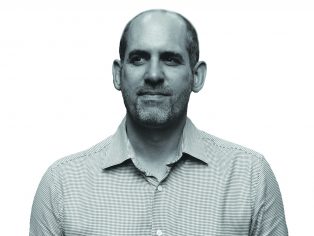