Brickability Group plc, announced the admission of its entire issued ordinary share capital, which comprises 230,458,821 ordinary shares (“Ordinary Shares”) to trading on the AIM market of the London Stock Exchange (“Admission”) on 29 August 2019. Dealings in the Ordinary Shares commenced at 8:00 a.m. under the ticker “BRCK” and ISIN GB00BK63S759.

The Company’s Admission Document is available from www.brickabilitygroupplc.com.

Howden based Crest Building Products and Southern based roofing contractors Crest Roofing, Crown Roofing and Excel Roofing Services joined the Brickability Group in March 2018. The new and enlarged Brickability Group has been formed by the coming together of companies who all have their specialist products and services, but who all serve the same market.

Investment board member and Managing Director of Crest Arnold van Huet announced the company will now be called Brickability Group PLC and has a market capitalisation of approximately £150 million and an enterprise value of approximately £170 million. He says:

“After months of hard work this a great achievement for the company and is expected to be a huge success, this will put the business on a sound footing for the future and further expansion.”

“Despite today’s market of political and financial uncertainties he does not expect Brexit to be a concern and remains positive as the October deadline approaches.”

Brickability was founded in 1984 in Bridgend South Wales, selling and distributing bricks to local housebuilders. The business expanded to Maidenhead in the South East, and today they have business revenues of 169 million pounds. With 25 sites covering the whole of the UK, and trading with major housebuilders like Bellway who are their largest customer and are the 5th largest housebuilder in the country. Barratt, Taylor Wimpey, Bovis, David Wilson are also key customers, the company also supply regional & small builders, contractors and architectural specifications.

The group are one of the UK’s largest brick distributors with full national coverage, they have many other products in their portfolio which include, heating, plumbing, towel radiators, roof tiles, windows and doors, they offer to housebuilders a one-stop-shop, where they can find many products needed to build houses which gives them a unique edge over its competitors.

“Despite it being a tough market at the moment due to Brexit and potential issues with American and Chinese markets, the reception has been a good one, we have been heartened by the response we have already had from future investors in this challenging market.”

The company looks to continue with the near term organic growth plans and bolt-on acquisitions, and are looking to have extra brick distribution in new areas of the UK. 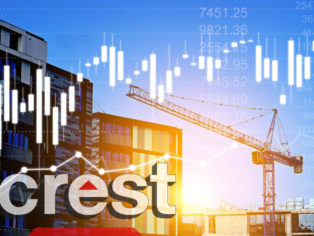