The role of natural daylight in the energy efficient operation of buildings has been the subject of much discussion for years. Most Specifiers apply a ‘rule of thumb’, 10% or 15% of floor area, that’s been accepted wisdom throughout their careers, but does that still stand up to scrutiny? More recently, and particularly with the advent of more sophisticated building modelling systems like IES, the industry has begun to focus more on the quality and type of light rather than the simple percentage.

When Mark Winstanley, National Specification Manager for Hambleside Danelaw decided to transfer his 25 years of experience in roofing and cladding to the field of rooflights, he was surprised at the specification process for Industrial rooflights:

“Looking at this element of a roof to some extent with ‘new eyes’ it has amazed me that the most basic question often isn’t asked. So consequently a pivotal performance requirement frequently isn’t mentioned.”

Armed with a bank of data from a physical testing regime at the National Physical Laboratory, Winstanley spoke to Architects, ME, SBEM and BREEAM consultants about the complexities of the performance of rooflights. He aimed to explain how the key performance criteria of light transmission, g-value, U-value, non-fragility and embodied carbon interact and combine to produce the optimum rooflight specification for the client. The surprise was that almost every specifier Winstanley spoke to simply assumed that they would automatically be getting evenly distributed uniform internal illumination.

“Most people asked ‘why would I want anything else?’ but generally – and certainly in industrial buildings – this assumption is not reflected in the final performance specification. It struck me that many specifiers were simply not clear on how to specify the uniformly distributed daylight they expect to see in their completed project.”

Keen to understand why this should be the case, Winstanley concluded that some rooflight manufacturers themselves are partly to blame for the lack of understanding. He found that the industry focus on simply showing light transmission percentages offered by different types of rooflights can divert attention away from a much more important issue – the quality of the light delivered into the building.

“Percentage seemed to be the main point of discussion for clients, Specifiers and manufacturers. In our own CPD Seminar ‘Low Carbon GRP Daylight Solutions for the Metal Building Envelope’ we talk about the percentage of light transmission, lots of Architects were telling me at these sessions that they cover this in their specifications already. And, to a certain extent, that’s fine but in terms of the quality of illumination levels within the building, however, it misses the key point. The really important thing is not how much light is allowed through an opening, it is how it is distributed when it’s delivered into the building”

Those of you in the know on this subject are aware that this is not particularly new in the field of rooflight performance and daylight planning. The question is: Why is it so important now?

BS5427:2016 “Code of Practice for the use of Profiled Sheet for Roof and Wall Cladding on Buildings” makes specific mention of the value of diffused, rather than direct light:-

“Rooflight layout and area should be designed to provide the best internal illumination levels.”

“The distribution of daylight within a building should also ensure that there are no dark areas and no direct solar glare; use of diffusing rather than transparent rooflights is recommended for this reason.”

Designers understand that the most important function of a rooflight is to let daylight into a building, but they are assuming that this automatically gives them evenly distributed uniform light. It doesn’t. If they want diffused light – and after all, in Mark Winstanley’s experience, that is what they expect – then they need to clearly specify it. The benefits of daylight are well established, but another key consideration is the visual comfort of building occupants.

“In these days of system guarantees, it’s important to ensure that manufacturers respect your wishes rather than offer a product that may meet or even exceed the light transmission requirement but fails to deliver an evenly distributed uniform light. Equally, if the requirement is for direct pools of light with glare, dark areas and shadow then specify a transparent rooflight that delivers direct light.

This isn’t a case of the world according to Hambleside Danelaw, if it was I’d be talking about our unique low embodied carbon solutions. It’s much more basic than that; this relates to the material the rooflights are made from. GRP offers diffused evenly distributed uniform light in its basic form. Its use as a daylight solution automatically contributes to designing out glare at no additional cost.

It’s a simple specification point, but it’s often missed – ask your clients what kind of internal illumination they want, direct or diffused, and then specify it! Don’t let someone else make that decision for you.” 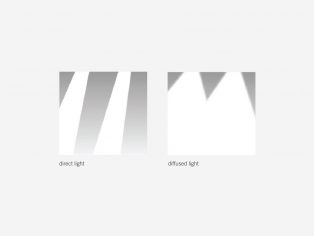 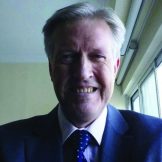