The biennial Hackney Design Awards celebrates the rich and diverse new high-quality architecture and open spaces that contribute to the borough’s reputation as a hub of some of the best buildings and places in London.

An unprecedented 64 nominations were received for 50 different projects, which were short-listed to 16 by a panel of judges who are experts in the fields of architecture, development, urban design, conservation and landscape design.

After much deliberation the judging panel made the decision to select five projects as winners. Two commendations and two mentions were also announced by Wayne Hemingway and the Mayor to an audience of representatives from across the design and architectural community of Hackney.

The winners of the Hackney Design Awards 2014 are:

Once again, the Hackney Design Awards shortlist was put to the public vote through the People’s Choice Award. After receiving over 1,200 votes, breaking the record of previous years, the joint winners were announced as The Writers Shed and the Black and White Building.

“All of the schemes shortlisted for the awards this year combine to demonstrate that Hackney really is a fantastic place in which to work, live, learn and play. We applaud all those in the design community who have contributed to this and encourage them to continue to pursue and deliver great design in Hackney for the future.”

“Hackney has become a place where designers thrive; giving the space and the opportunities that creative people can take forwards. Creativity has led to the success that Hackney is now and the Hackney Design Awards helps to reward excellence and provide recognition, after all it’s nice to let people know that they have done a good job.”

“There are many good things happening at the moment – London is really the centre of the world, giving people the confidence to do great things, it’s a fantastic place to be right now.” 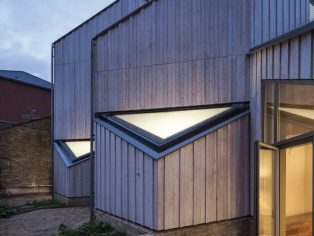 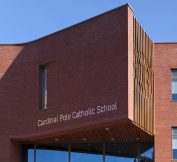