Design Engine have submitted planning applications for the expansion of two Guernsey schools; the schemes form part of Guernsey’s “Transforming Education Programme” which has a combined programme cost of £157m.

In 2018, The States Of Guernsey made the decision to move to a ‘One School, Two 11-18 Colleges model’ for Guernsey secondary education. Design Engine Architects were subsequently appointed to develop proposals to expand two of the Island’s High Schools – Les Beaucamps (originally designed by the practice) and St Sampson’s.

The requirement was for both schools to be increased from 6 to 10 form entry for ages 11-16, plus a sixth form of 225 pupils which provides the required capacity in each location including sixth form and staff, based on 11-16 age class sizes of up to 30.

Both projects have the same brief, but are uniquely different as they are set within an entirely different context. They both require alterations to the existing school buildings to accommodate the required number of specialist teaching spaces, as well as significant new buildings that accommodate 55m2 classrooms and a multi-use hall space. The brief has been focussed on achieving a sustainable lean and efficient design, that requires both new build and creative repurposing.

Subject to planning approval, works are due to commence onsite in July 2020; a phased construction programme will allow the existing buildings to continue in operation during construction, with the schools ready for use for the beginning of the 2022 academic year.

At Les Beaucamps School, Design Engine were tasked with creating an addition to a school that they completed in 2013. The existing building sits into a sloping site overlooking the sea, with spaces arranged around a central courtyard. The proposed new sister building follows a similar architectural language, forming a second courtyard between the existing school and sports building. A smaller new building focussed on Special Educational Needs, is located at the bottom of the site, forming the second side of a landscaped garden.

At St Sampson’s School, the new accommodation is contained within 3 separate structures that define a new edge to the school, capturing a series of external landscaped spaces between existing and new buildings. These are connected back to the existing school with covered bridges and stairs. To moderate a very wide new elevation with a repetitive plan, we have introduced a vertical fin element to provide texture and shadow, combined with recessed coloured wall panels to provide identity and pattern.

“It has been a fascinating process designing (in parallel), two very different additions to school campuses. These follow the same brief, but demand a very different design character, influenced by context and relationship to the existing buildings. Common to both projects is our desire to celebrate the spaces between buildings, creating dynamic yet safe, protected courtyard environments.” 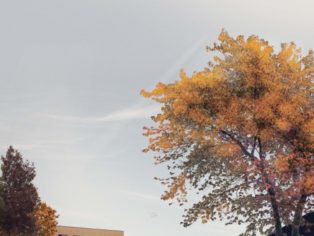 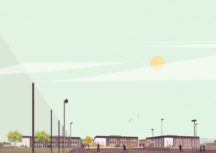