Britain is unquestionably in the grip of a housing crisis, one of the worst in living memory. We face a chronic shortage of the decent type of affordable housing required to help a new generation of young people get their foot on the property ladder.

Indeed, a recent report by the Resolution Foundation revealed the disheartening possibility of up to a third of young people looking at living in private rented accommodation for the rest of their lives. Surely our young people, indeed everyone, deserve better than this if they are to build a bright and successful future for themselves and create homes to live in?

While successive governments have claimed to be taking the necessary steps to improve the housing market – issuing regular proclamations that plans are afoot to build the necessary new houses – the so-called ‘generation rent’ need a lot of help and quickly. But is the real answer to our housing crisis simply to build more houses?

Some might argue that it is. And you can see the logic of doing so.

However, such a simple solution might be easier said than done. Government schemes, backed by tens of millions of pounds of taxpayer’s money and designed to stimulate construction, continue to struggle to gain traction, while planning reforms aimed at getting new development sites off the ground have not had the desired effect.

While development approvals permissions have increased by almost 50 per cent since the National Planning Policy Framework (NPPF) reforms in 2012, completions have gone up by little more than 25 per cent – to 164,000 in 2015-16. That number still lags well behind the 200,000 a year former PM David Cameron set as his house-building target, and well short of the 300,000 houses most local authorities believe the country needs.

Clearly, having available land for residential development is critical. Yet land supply relies on private owners, who are determined to withhold sites until their value can be fully maximised. Also, planning changes, while necessary, may not herald the rapid delivery of volumes of affordable new housing. So, adoption of wider changes to incentives could be one approach to open up more land for development.

And what of the lauded NPPF, which laid down a policy for all to follow? Does it too pave the way to more housing? Possibly; but good planning must also revolve around people. Those involved in property development must be far more robust in answering some fundamentals if we are to deliver better housing schemes.

Questions such as Who is this development for? Who will want to live here? Why will people want to come here? have to be foremost in people’s minds – and fully considered – if steps to solving the current crisis are to be seriously addressed. In other words, far more needs to be invested in thinking long and hard about what should be built and why, before the plans are drawn up or the first building bricks laid down.

I agree with the long-held view of many in the planning profession that the proposed policy changes are at least a step in the right direction. But more needs to be done to facilitate good planning. This includes a desire to see more forward-thinking local authorities prepared to invest in the requisite in-house expertise; the cost of which could be offset by slashing bureaucracy and adopting a preparedness to step-up the pace of decision-making, including planning appeals.

Another look at the sanctity of Green Belt may also help to bring about the realisation of the hundreds of thousands of new homes the UK requires annually.

The NPPF grants Green Belt a lot of protection – development of more of England’s green and pleasant land is more or less seen as a last resort. I know this offers comfort to many but at the same time, we must now start to think the unthinkable?

In may require the wisdom of Solomon, but as more and more rural and urban brownfield sites come under developer’s digger, where are the future new sites going to come from that will enable us to build the houses we need if the Green Belt continues to remain out of bounds?

It’s only by thinking like this, and taking the bold, radical planning decisions, that we will begin to see real progress and achievement in tackling the current crisis.

Housing is an emotive issue and the clarion call to build and build that echoes across the land will not be welcome by all. But it’s clear that we do need more houses in the right places where people want to live. Planning alone can’t solve the issue but brave new thinking and adopting land reform is surely one possible way forward, offering a new hope for millions struggling to take their first steps towards home ownership. 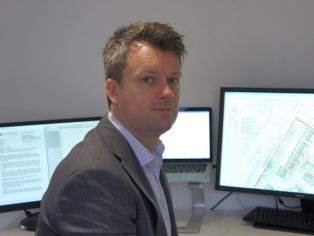