The Construction Products Directive (CPD) in 1989 was replaced by the Construction Products Regulation (CPR). The CPR was officially published in the Official Journal of the European Union on 4 April 2011 and came into full force on 1 July 2013. This meant that any ‘construction product’ that was covered by a ‘harmonised European Norm (hEN)’ was required to be CE marked in accordance with the CPR. How has the change been implemented by the glass and glazing industry? Brian Waldron, glass consultant, GGF Member and chairman of the GGF Standards Committee explains

What does this mean for a manufacturer already CE marking? According to the European Commission this was covered by Article 66 Transitional provisions:

This appears to be very easy. The Declaration of Performance (DoP) is detailed in Article 6 and Annex III of the CPR. Unlike the Declaration of Conformity (DoC), which was a simple list, the DoP has a strict format that is set down in Annex III. There is also a requirement to detail all of the notified bodies involved irrespective of the system(s) of Assessment and Verification of Constancy of Performance (AVOCP) assigned to the product.

Using the model DoP from Annex III will mean a lot of work for the manu-facturer to produce the new DoP based on their existing DoC. Determination of notified bodies for specific essential characteristics could be very complex; in the case of glass and glazing products the following are examples: airborne sound reduction, light transmittance/reflectance, solar energy characteristics etc.

How does the manufacturer disseminate the DoP? Under the CPD, as far as the glass and glazing industry was concerned, there was a widespread use of websites etc. However, the CPR under Article 7 #3 did not allow this. There was a requirement for the conditions to be established by means of a ‘delegated act’ that was to be prepared by the European Commission, European Parliament and the Member states. This piece of legislation has now been passed.

Outstanding actions? At present the Commission is discussing changes, via Delegated Acts1, to Annex III and V. These may not be passed until the European parliament is reformed following the European Parliamentary elections this month, i.e. September 2014. These changes may cover how the AVCOP is presented and the presentation of information relating to notified bodies.

Changes to hENs? The published hENs for the glass and glazing industry were all prepared under the CPD. They will all require to be revised to align up with the CPR. New standards being prepared are being drafted in line with the CPR. The major changes will relate to Annex ZA and the roles of manufacturers and notified bodies.

More information can be obtained from the Glass and Glazing Federation CE Marking microsite: www.ggf.org.uk/ce-marking 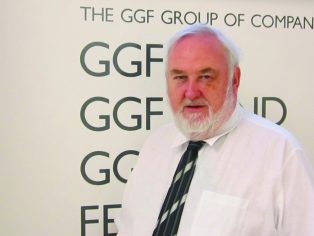 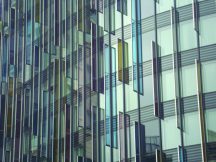