A new Mayoral Prize will be awarded in association with the Mayor of London to the best project that creatively contributes to the capital’s economy.

And in recognition of NLA’s 10th anniversary year, the Awards will also recognise London’s 10 Best Buildings of the Last 10 Years. An open vote over the month of June will give the public a chance to choose their favourite from the top 10, with events and visits to shortlisted buildings during the London Festival of Architecture.

The New London Awards, now in their fifth year, are the only London-wide awards for built and unbuilt projects across all sectors of the built environment. Shortlisted and winning projects are celebrated for their contribution to London’s urban environment and local community through design excellence, respect for context, and innovative and efficient use of resources.

The winning schemes, from community-led projects to large developments, are chosen by an international panel of architecture and urban design and planning experts, supported by NLA’s group of London expert assessors.

The New London Awards 2015 winners will be announced at NLA’s Annual Lunch at The Guildhall, on Tuesday 7 July, to an audience of 700 leading professionals and decision-makers from London’s built environment community.

Shorlisted entries will form the basis of an exhibition at the NLA Galleries at The Building Centre, London WC1, and will feature in a special publication. 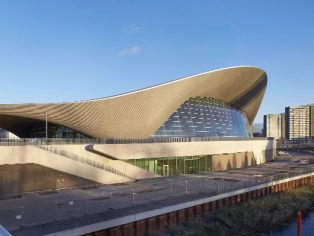