After weeks of rumours that we were going to see a new cabinet level Housing Secretary, the Prime Minister surprised the sector by simply adding the ‘H word’ to the title of Sajid Javid, making him the Secretary of State for Housing, Communities and Local Government. His department has been rebranded as the Ministry of Housing, Communities and Local Government (MHCLG).

We wait to see what real impact this will have, but on his appointment the new Housing Secretary said:

“Building the homes our country needs is an absolute priority for this government and so I’m delighted the Prime Minister has asked me to serve in this role. The name change for the department reflects this government’s renewed focus to deliver more homes and build strong communities across England.”

Below the cabinet, Alok Sharma has been moved to Employment after spending recent months preparing for a Housing Green Paper and talking to social housing tenants, being replaced by Dominic Raab who becomes the PM’s third housing minister since mid 2016 and the seventh housing minister since 2010 (and the fifteenth in 17 years). The revolving door continues.

Meanwhile at the Department of Work and Pensions, Esther McKey has taken over responsibility for implementing Universal Credit from David Gauke who has moved to the Justice department after just seven months at the DWP.

Research has recently revealed that three quarters of private landlords are reluctant to let to tenants in receipt of UC due to rent payment fears.

Commenting on the announcement of Dominic Raab as the new Housing Minister, Brian Berry Chief Executive of the FMB said:

“Once again we have a new Housing Minister, which doesn’t really help build the continuity and greater certainty that the sector needs. However, Dominic Raab is an able and influential Conservative MP who we hope will bring a new energy and focus to the brief. We welcome him to the role and look forward to working with him. We hope that his focus will be on continuing to develop and implement a range of good sound policies which have already been set out by Government in the Housing White Paper and other statements. And we hope that he will be given longer to take housing policy forward than too many recent Housing Ministers!” 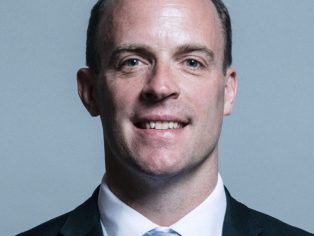