Details of a £20m redevelopment programme for Aberdeen International Airport have recently been announced and this has resulted in Quartzelec securing a £1m+ share of this for its involvement in revamping and extending the high and low voltage electrical systems and distribution networks.

The programme includes new passenger and baggage areas, and will see a 50 per cent increase in the size of the terminal building. Designed to cope with growing passenger numbers it is the largest transformation of the airport since the current terminal first opened its doors in 1977. The project involves the construction of a two-storey extension to the south of the existing terminal building. At ground level, this will accommodate all facilities for international arriving passengers as well as domestic baggage reclaim with two new business lounges to be located on the upper level.

Working directly for the airport owner and operator, Quartzelec will be implementing all the electrical work including building and installing all of the necessary equipment within a new HV sub-station that will replace an existing asset. The scope of work includes; the installation of a new HV switchboard, two HV transformers and two LV Switchboards plus over 6km of HV and LV cabling – the logistics and planning of these works being the most critical element as it will involve accessing various areas and implementing supply changeovers during limited shutdown periods.

This programme of works will allow existing supplies to be diverted; providing the space required to accommodate the new terminal extension.  The work will also enhance the electrical distribution system capacity and incorporates resilience for current and future expansion.  Work on the project is due to commence in May with a scheduled completion of October 2016 to ensure the subsequent grand opening of the new terminal extension in 2017; however, its operations ‘as normal’ at the airport throughout the entire working period.

“The Scottish economy remains generally buoyant, despite setbacks within certain sectors like oil & gas, so securing this significant piece of work is important for all involved. We are seeing increased demand for our LV and HV installation expertise, particularly within emerging areas, specifically the renewable energy sector. This in turn results in our being awarded additional maintenance contracts and potentially orders for the upgrade of our customers’ assets. Our operations in Scotland are really taking off!  Aberdeen Airport is a major part of the North East economy so it’s great to see the airport owners showing such confidence in both the business and the wider region as they invest in a state-of-the-art terminal, fit for the future and we hope this confidence ‘rubs off’ on others.”

“In bidding for this contract, part of our strategy was to collaborate with our Aberdeen workshop facility which was originally established to deliver the electrical requirements of the marine and oil & gas sectors but is now diversifying into supporting other industrial sectors. Having local access to resource, expertise and facilities could prove extremely useful as we start to deliver the airport contract and have to ramp up the number of engineers needed to meet the challenging timeframe and demanding continuity requirements of the project.”

The headline contract was announced by First Minister Nicola Sturgeon MSP in early February 2016 when she welcomed the investment by the airport’s operators stating that the project is: “a huge vote of confidence in the future of this part of Scotland so it’s very welcome indeed.”

The Aberdeen International Airport win comes on the back of several other recent contracts awarded through Quartzelec’s Hamilton office. They include a series of HV installation and upgrades at the Glenlivet distillery near Granton on Spey for owners Pernod-Ricard. The project included Quartzelec engineers replacing the main HV switchboard, installing a new transformer and supplying cabling for a new on-site bio plant currently under construction. A particular challenge was the running of over 800 metres of HV cabling across moorland and a river; all completed in adverse weather conditions with the aid of specialist vehicles and terrain equipment.

Hamilton has also built a reputation for successfully supporting the renewable energy sector and has contracts with a number of providers and wind farm sites. In addition to delivering HV maintenance and switching services Quartzelec is an independent connection provider and is involved in commissioning hydro and wind turbine schemes across Scotland. The Hamilton team also recently helped solve power issues at Howden Compressors’ Renfrew facility, caused by an antiquated HV switchboard and the solution was to replace it along with establishing appropriate settings for the protection relays to create a new main intake substation – all done with minimal disruption to the electricity supply to the factory. 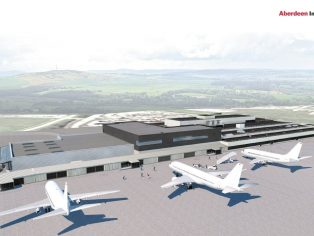