BREEAM and WELL collaborate to add efficiency to wellness accreditation

BREEAM has announced it is working with the US well-being standard for users WELL to help the construction industry achieve building wellness accreditation while avoiding duplication across the two schemes.

The organisations are collaborating to identify where the WELL standard and BREEAM align which will enable them to recognise credits obtained on projects in either scheme. This will make it easier as well as more cost effective for project teams to use both schemes.

The two confirmed that details will be announced in January on which credits which will be recognised by both organisations, so that they can count towards either scheme, “saving project teams the time and costs associated with submitting the documentation twice.”

Gavin Dunn, director of building performance at BRE spoke at the launch saying that the initiative had been driven by demand from clients wanting to use the WELL standard in addition to BREEAM but to avoid doubling-up:

“High profile clients in Europe have been saying we love sustainability, but we want to do well-being. What can you do to ensure that the standards don’t contradict each other?”

Dunn added: “Up to 30 per cent of WELL building standard credits are already achievable in BREEAM,” meaning clients will be able to avoid having to duplicate work by seeking those credits outside of BREEAM.

Paul Scialla, founder of the International Well Building Institute (IWBI), said that “identifying the commonalities between the two standards has been fascinating.” He added that the result of the two organisations coming together “will provide an easy platform for users to be both BREEAM and WELL certified.”

“The health and well being has always been a fundamental part of the BREEAM standard, and the economic case behind it is very strong.”

It was also announced that a major new UK industrial sector scheme will be targeting BREEAM Excellent as well as the WELL standard for occupier wellness. Developer Baytree Logistics Properties (‘Baytree’) is constructing the first phase of a new industrial development in Dagenham, Essex ­- two buildings totalling 110,000 ft² for a variety of industrial, logistics and manufacturing occupiers. The architect for the project is Chetwood.

The BRE also announced it will undertake a pilot project to measure “real world health and well-being of building occupants” by creating what’s thought to be the UK’s first operational workplace research environment. The Healthy Research Building will be a refurbished BRE office building at its head office in Watford to create a fully operational office where occupants will be monitored during their working day.

The aim of the project is to enable us to research the impact of indoor environments on human health and well-being while generating evidence-based information that can be used in practical ways to create healthier indoor spaces.” 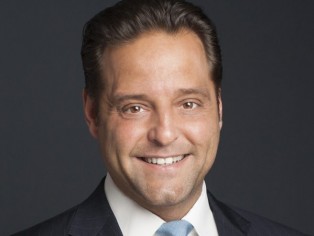