The British Institute of Interior Design (BIID) has announce the recipients of this year’s Honorary Fellowships.

Alain de Botton, Catherine Croft, Rosy Greenlees, Orla Kiely and Karim Rashid will be presented with an Honorary Fellowship at the BIID Conference, entitled Interior Identities, on Thursday 16 June at the Royal Geographical Society in London.

The BIID Honorary Fellowships recognise the contribution each professional has made to the industry. This year’s beneficiaries will join an impressive list of Fellows including Sir Paul Smith, Sir James Dyson, Angela Brady, Charles Jencks, Zeev Aram OBE and Kevin McCloud MBE.

“Since 2012 the BIID has presented its prestigious Honorary Fellowship award to an impressive selection of design luminaries,” explains Daniel Hopwood, BIID President.

“The design industry is very fortunate to have so many positive figures that help support, develop and shape our profession. The Fellowship was established to recognise each individual’s contribution and dedication to the industry and to show our gratitude to their services.”

The 2016 Honorary Fellows are:

Alain de Botton is a bestselling author in 30 countries and is the creative director of the social enterprise, Living Architecture. The organisation is dedicated to the promotion and enjoyment of world-class architecture that allows individuals to rent and experience outstanding architectural practice across for holidays all year round. An expert and author on a range topics, from architecture to love, travel and literature, his writing has been descried as ‘philosophy of everyday life’. Alain has also founded and helps manage The School of Life in London, which is dedicated to a new vision of education. His latest book, The Course of Love, was recently published in April 2016.

Catherine Croft is the Director of the 20th Century Society, for over ten years, and Editor of the well subscribed C20 magazine. Prior to C20 Society, Catherine worked for English Heritage as a buildings inspector in London and the Midlands and has amassed a well-respected knowledge for period interior design. After reading Architecture at Cambridge University, Catherine completed an MA in Material Culture & Architectural History in the USA, where she held a fellowship at the Winterthur Museum in Delaware. She writes on contemporary as well as historic buildings, and is the author of Concrete Architecture. She is an international lecturer and teaches a course on concrete for conservation professionals at West Dean College in Sussex.

Rosy Greenlees has a background in the visual arts. Rosy has worked in a number of senior cultural management roles, including Deputy Chief Executive and Director of Visual and Media Art for Eastern Arts Board. She is currently Executive Director of the Crafts Council, the national agency committed to ensuring that craft flourishes in a changing world. From promoting the value of crafts in the classroom and supporting craft businesses through to thought-provoking exhibitions and international fairs the Crafts Council supports every aspect of contemporary craft in the UK. As President of the network World Crafts Council Europe, Honorary Fellow of the University Arts Bournemouth, member of the UK Trade and Investment’s Creative Industries Sector Advisory Group and a Fellow of the RSA, Rosy is highly respected in the design industry.

Orla Kiely is an award winning Irish fashion designer based in London. After achieving her Masters at the Royal College of Art (RCA), Orla worked in New York before setting up her own business in London. Having started her career in hat design, Orla moved on to designing handbags and a variety of other items including a fashion range, kitchenware, stationary, furniture and even cars. In 2010, Kiely was honoured by the Republic of Ireland, along with 5 other contemporary, internationally renowned Irish fashion designers, to feature on an Irish postage stamp. Amongst her many prestigious accolades, Orla has been awarded Senior Fellowship at the Royal College of Art and, most recently, Honorary Doctorate at the Norwich University of the Arts.

Karim Rashid is one of the most prolific designers of his generation. With over 3,000 designs in production and over 300 awards, Karim attracts interest across the world, working in over 40 countries. His award winning designs include luxury goods for Christofle and Veuve Clicquot, lighting for Artemide, high tech products for Asus and Samsung, and brand identity for Citibank. Karim’s touch expands further to interiors with a portfolio that features the Morimoto restaurant in Philadelphia and the Universita Metro Station, Berlin.

The BIID Honorary Fellowships will be presented to each recipient at this year’s conference, Interior Identities. The conference will feature a full day programme, exploring themes of cultural, social and individual identity in interior design. 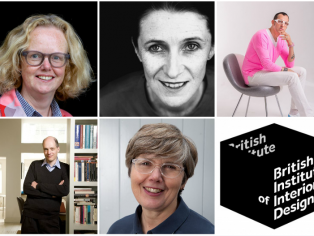 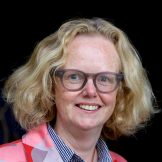