Best in world engineering celebrated at The Structural Awards 2014

The winners of The Structural Awards 2014 were announced on 14 November, during a ceremony held at the Brewery in London. The Awards, organised each year by The Institution of Structural Engineers, celebrate innovation and excellence in the art and science of structural engineering, recognising projects from all over the world.

“We hold the Structural Awards annually to recognise outstanding work by structural engineers, and to raise awareness about the vital global role they play creating innovative design solutions. From skyscraper and bridge construction to heritage and home projects, this year’s Awards have showcased the full range of chartered structural engineers’ abilities – as trusted professionals, problem solvers, and the guardians of public safety. I congratulate all our winners on their achievements, and thank all those who entered.”

The Glass Lantern, a feature at the new Apple store in Istanbul, Turkey, has been presented with The Supreme Award for Structural Engineering Excellence, as well as the Award for Commercial or Retail Structures. The Lantern, a stunning and unique glass structure which floods the store below with light, is made up of only five elements: four 10m x 3m laminated glass walls, supporting a roof made of Carbon Fibre Reinforced Plastic.

Completed in April 2014, and engineered by Eckersley O’Callaghan, the “Glass Lantern” was designed to achieve the ultimate transparent structure, free of the visible fixings and joins which could mar its integrity and transparency. The effect is a reductionist sculptural presence opening onto the store below.

“This project is a supreme example of collaboration between engineer and fabricator, taking structural glass technology into a new dimension. Only engineering excellence and attention to detail can produce a result of such simplicity and purity of expression.”

The bridge has been constructed to relieve the City of Schönebeck from the considerable increase of through traffic it has experienced in recent years.

“We were impressed by the elegant simplicity of the bridge, which has been thoughtfully detailed to fit perfectly into the surrounding landscape while creating a landmark structure.”

Award for Pedestrian Bridges: Footbridge over the Bow

This footbridge over the Bow River is a new icon for the Rocky Mountain town of Banff, Canada. Achieving the minimal slender form in timber was made possible by a pair of unique tuned mass dampers that address both walking and jogging frequencies.

“This bridge pushed the boundaries for timber footbridges in a dramatic manner – it came in under budget and ahead of schedule, while responding sensitively to the constraints and aspirations for the site, delighting the town it serves.”

Award for Arts or Entertainment Structures: The Reid Building

This new building is sited directly opposite the world renowned Mackintosh Building, which was badly damaged by a serious fire in May. The structure needed to be sustainable, functional and able to hold its own next to its striking neighbour.

“This building impressed with its bold structural engineering approach. This is a building that has integrity and strength of character to stand confidently alongside its revered neighbour well into the next century.”

“This dramatic new house is the direct result of a thoroughly innovative approach. The outcome is a highly bespoke and delightfully detailed building. A true cutting-edge project.”

The new Living Planet Centre for WWF-UK in Woking is an outstanding, multi-purpose design which combines the charity’s offices with a public education and exhibition space, housed within an exemplar sustainable building.

“An exceptionally attractive building delivered to a demanding brief and on a limited budget. The exposed superstructure is integral to the building’s success, while the diagrid timber roof and concrete frame have been optimised to minimise the carbon footprint.”

This new airport terminal at St. Petersburg is a critical new gateway into Russia. The innovative steel roof structure evolved into a diagonal-spanning truss system that produced a stunning architectural design that reflected the golden spires of St. Petersburg.

“This complex project was a great success in all aspects. The combined expertise of the international and Russian team developed innovative solutions for the concrete frame and steel roof, which enabled the wonderful terminal to be opened ahead of schedule.”

The 265m long Lower Hatea Crossing is part of a plan to reduce traffic congestion around the city of Whangarei. The opening section relies on an unusual rolling action and the supports and counterweight were inspired by traditional Maori fish hook design.

“The client aspired for the bridge to be a public landmark that would reflect the art and culture of the Maori people. The innovative design of the bridge and in particular the Bascule section has delivered that aspiration.”

This lightweight and delicate concrete staircase at Somerset House is a modern, elegant and ethereal intervention within a historic listed building.

“The judges were impressed by the innovative use of materials and structural form to generate this dynamic and dramatic spiral staircase, which is testament to the engineer’s art.”

The Adelaide Oval redevelopment has transformed this aging venue into a modern, 52,000 seat stadium, increasing capacity by 50% and providing new roofs over the Southern and Eastern pavilions.

“The judges admired the engineering designers’ response to the unique challenges of this project: creating an elegant, lightweight, highly efficient and coherent response, integrating the new and existing elements within very tight spacial and programme constraints.”

The painting of this world-famous icon has for long been a cliché for a never-ending task, and twenty years ago Pell Frischmann were asked to find a solution. Finally the work is complete and the bridge has a coating that should last for 25 years.

“The judges were impressed by the years of painstaking effort needed to find a solution to the endless painting of the bridge, including condition surveys and corrosion analysis. More than just a paint job!”

The first bridge across the Muregeya River embodies the essence of structural engineering: a vital, life-changing piece of infrastructure. The design is based on a design tool and learning resource intended to empower developing countries worldwide.

“This is an excellent example of structural engineers providing their expertise in order to truly transform lives by eliminating the extreme poverty caused by rural isolation. The project team was exemplar in its dedication.”

For more information about The Structural Awards 2014, visit: www.structuralawards.org 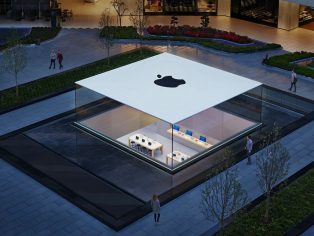 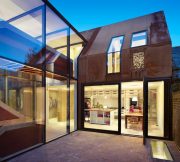 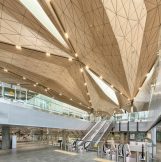 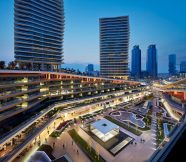